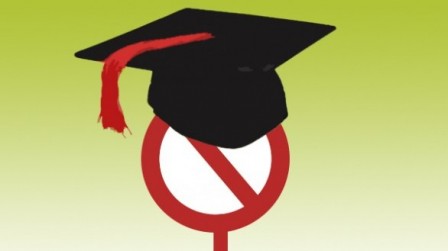 The degrees of three more parliamentarians have been declared fake.

The Higher Education Commission (HEC) on Wednesday gave a one-week deadline to universities to complete pending verification of degrees of parliamentarians.

The decision was taken in a meeting chaired by HEC chairman Javed Laghari. The meeting was also attended by vice-chancellors of several universities.

According to sources, the HEC recieved six degrees today including  two fake and four from non-chartered universities. Sources added that, so far, the fake degrees toll has mounted to 43. HEC has declared 208 degrees of parliamentarians as authentic.

HEC chairman said that universities not in a position to comply with the July 27 deadline, should hand over the records to HEC.

Earlier in the day, MNAs Ramesh Lal and  Ghulam Mustafa and Balochistan MPAs Bakhtiar Khan and Muhammad Khan were found to be in possession of  fake graduation degrees.

On July 19, the HEC submitted a report of the first phase of the degree verification process of federal and provincial legislators to Prime Minister Yousaf Raza Gilani and the National Assembly’s standing committee on education.

More than 1,100 degrees were sent by the Election Commission of Pakistan (ECP) to the HEC for verification but it has so far received around 900 out of them.