Official sugar stocks to run out in 13 days

Official sugar stocks to run out in 13 days

A minist­erial commit­tee reveal­ed that the govern­ment’s sugar stock would run out after 13 days.
By Shahbaz Rana
Published: July 21, 2010
Tweet Email 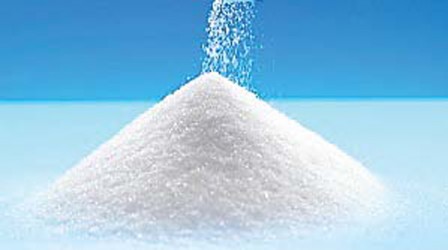 The spectre of a looming sugar crisis was raised on Tuesday when a ministerial committee revealed that the government’s sugar stock would run out after 13 days as officials had failed to import the commodity on time.

Sharing its findings with the Economic Coordination Committee (ECC) on Tuesday, the five-member panel said that it anticipated a fresh crisis if the private sector decided to hold back its stock once again in Ramazan. The committee held the Trading Corporation of Pakistan (TCP) responsible for the situation.

The committee will also brief Prime Minister Yousaf Raza Gilani about its findings.

Finance Secretary Salman Siddique said that the ministerial committee told the ECC that the country has a total of 1.2 million metric tonnes of sugar, enough for over three months’ needs. However, of this, the government held only 148,000 metric tonnes.

He said that the TCP could only import 22 per cent of the target of 1.2 million metric tonnes.

According to All Pakistan Sugar Mills Association (APSMA) president Iskandar Khan, due to the delay in the import of the commodity, sugar prices have surged from Rs65 per kilogram to Rs73 in the international market. He said that the local production was costing Rs61 per kg.

Conversely, there are apprehensions that the government is making the TCP a scapegoat to protect lobbies. A key commerce ministry official claimed that the TCP was operating under certain constraints. He said that, on one hand, the TCP had to abide by the public procurement rules and, on the other, the central bank did not arrange credit lines for the required import of sugar.

In the last ECC meeting, a ministerial committee was constituted under the minister of industries to determine the sugar needs of the country and to figure out those responsible for a delay in the importing of 1.2 million metric tonnes of sugar before June 30 – a decision taken by the body in January 2010.

The secretary said that 64,000 metric tonnes of sugar was in the pipeline and would reach the country before end July, and another consignment of 108,667 metric tonnes would arrive before August end.

However, President APMSA Iskandar Khan contested the ministerial committee figures. He said that the private sector has a maximum of 800,000 metric tonnes of sugar.

Meanwhile, the ECC once again failed to approve two projects for the import of over 3.5 million tonnes of liquefied natural gas (LNG). Siddique said that the committee decided that in the first instance the projects would be vetted by the law division to ensure that the Supreme Court decision was implemented in letter and spirit. He said that the matter would be taken up again at the next meeting.

The ECC also approved a new power purchase formula to add additional available electricity to the grid. The new tariffs are lower than the existing ones and are applicable for only those projects that are not fully commissioned, but in which almost 80 per cent of the total turbines are ready to generate electricity. The decision was taken at the energy summit and Nepra was asked to determine a formula.

According to the formula, Nepra would purchase electricity at Rs4.1395 per unit from gas-run plants and up to Rs11.2561 per unit from furnace oil-based ones. The ECC also approved a summary to give Rs2 billion in refunds to local tractor manufacturers.

Siddique said that National Tariff Commission will conduct a study in January 2011 to gauge the impact of change in duty structure on the local industry.