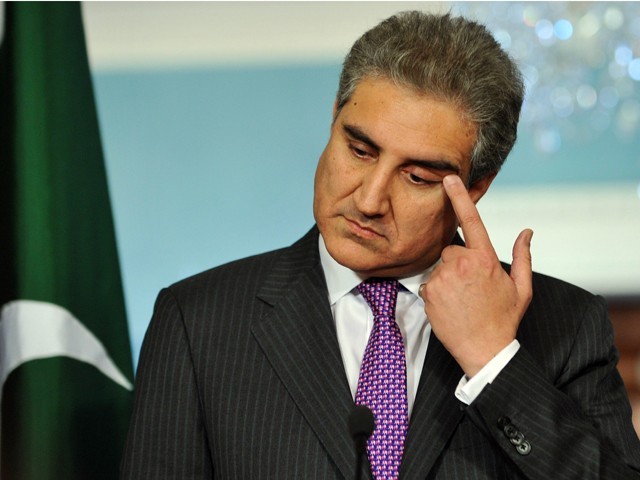 While talking to the media outside the Parliament House, Qureshi said that even though the police and all the relevant agencies were under the government, the murderers of former Prime Minister Benazir Bhutto had still not been captured. He said that the people who turned their backs on former Prime Minister Benazir Bhutto can now be seen sitting in the National Assembly.

He added that President Asif Ali Zardari is now seeking help from those people who had hurt Benazir Bhutto.

“I had joined the PPP under Benazir Bhutto’s leadership, but this is not the same party anymore, it is Zardari’s league,” he said.

Qureshi said that he would announce his future political plans on November 27 in Gotki. He said that he will demand all the people in power to step down and will call for new elections under an independent election commission.

Qureshi had been in the PPP for the past 20 years.

Earlier it was reported that Qureshi was planning to join the Pakistan Tehrik-e-Insaf (PTI) ranks. According to sources, Qureshi was expected to resign his membership to the National Assembly before joining the party.

In a more recent report in The Express Tribune, sources suggested Qureshi has apparently not finished negotiating with the Pakistan Muslim League Nawaz as well.

Resignation of few people from PPP does not harm it: Raja Pervez Ashraf

Minister for Water and Power Raja Pervez Ashraf, responding to Shah Mehmood Qureshi’s resignation from the PPP and NA, said that the people who keep dwindling from one party to another are never considered a true part of the party by the PPP.

While speaking to the media in Islamabad on Monday, he said, “Qureshi was with Nawaz Sharif, then he joined us, and now he’s leaving us too… One should have a reason for leaving a party.”

He added that the PPP is a huge party and is present all over Pakistan. “Resignation of a few people from the party does not harm it.”

Ashraf said the current coalition government is Benazir Bhutto’s vision and the elections will be held on time. “It is not only important for the PPP, but it is also important for entire political democratic system in Pakistan that the current government completes its tenure.”