After it was leaked that he might join PTI, former foreig­n minist­er gets wooed by PML-N.
By Abdul Manan
Published: November 14, 2011
Tweet Email 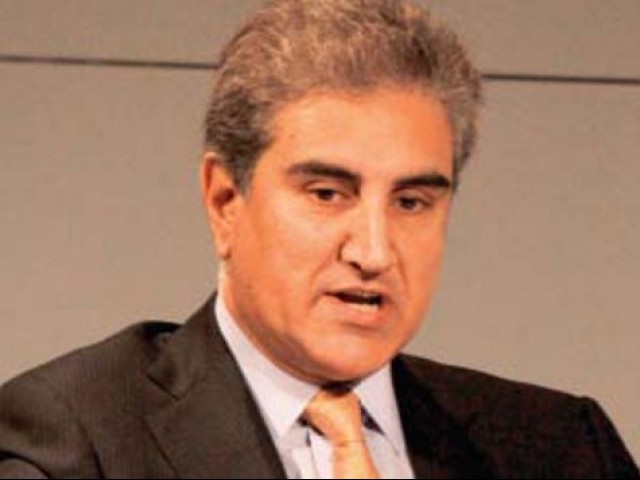 After it was leaked that he might join PTI, former foreign minister gets wooed by PML-N.

Shah Mehmood Qureshi seems to like keeping his options open. Even though most sources suggest he is about to join Imran Khan’s Pakistan Tehreek-e-Insaaf, Qureshi has apparently not quite finished negotiating with the Pakistan Muslim League Nawaz.

Sources told The Express Tribune that the former foreign minister, nominally still with the ruling Pakistan Peoples Party, has asked his ten supporters in the Punjab Assembly to form a forward bloc and begin criticising the government of Prime Minister Yousaf Raza Gilani.

The purpose of this measure is two-fold: the creation of the bloc itself is a signal of his influence to the PTI, which would strengthen his hand during his negotiations with the party later this month. The criticism of the prime minister, on the other hand, is meant to please the PML-N, which has stepped up its efforts to recruit Qureshi since the disclosure last week that he may join their rival PTI.

Qureshi confirmed these developments to The Express Tribune. “The forward bloc is the real voice of the people. A lot of members have reservations about the deeds of their party leadership,” he said. He also confirmed that he would be meeting with the PML-N leadership, which sources said would take place on Tuesday in Lahore.

“I have good relations with both Nawaz Sharif as well as Imran Khan. I am engaged in a consultative process and will make my final decision on November 27,” said Qureshi, referring to the rally planned in Ghotki, on the border of Punjab and Sindh, where he is expected to make an announcement.

Sources said that Qureshi would then most likely resign his seat in the National Assembly and then contest a by-election as a candidate for the party he will then have chosen, most likely the PTI. (The Fourteenth Amendment to the constitution makes it illegal for elected officials to change parties while in office.)

According to sources close to Qureshi, he had nearly made up his mind about joining the PTI before he was once again approached by the PML-N. Qureshi had been earlier negotiating to join the PML-N but both sides had been unable to agree on how seats would be distributed in Qureshi’s strongholds in southern Punjab.

Qureshi is one of three nationally prominent politicians from Multan (elected from Multan I), the other two being the prime minister (Multan IV) and the PML-N’s Javed Hashmi (Multan II). All three are considered political rivals.

Qureshi commands the loyalty of ten MPAs in the Punjab Assembly, including some who are elected from his National Assembly constituency (NA-148). Sources said that he is unlikely to ask any of his supporters to resign from the provincial legislature when he makes his own announcement.

Members of Qureshi’s bloc say that development funds have been withheld for their constituencies by both the Punjab and federal governments. Akhtar Malik, elected from a seat that falls in Qureshi’s constituency said that this is the primary reason for the formation of a forward bloc.

The PPP leader in the Punjab Assembly, Raja Riaz, has said that he will arrange a meeting between the disgruntled members and President Asif Ali Zardari to address their concerns. But given Qureshi’s dominance in the region, many members of the forward bloc say they will likely remain loyal to him rather than the party.

The PPP leadership, for its part, has not helped its case. The prime minister’s son, Abdul Qadir Gilani, recently met with Rai Mansab in Multan, the man Akhtar Malik defeated in the 2008 elections, and announced his support for Mansab’s candidacy in the next elections.