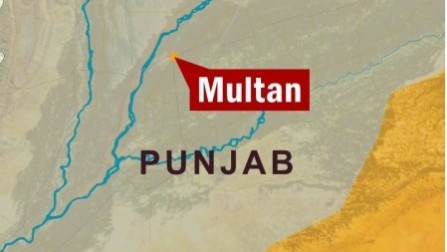 MULTAN: Locals protested the increase in electricity shortfall by the Multan Electric Power Company (Mepco) by 800MW. Protesters gathered around Tiba Sultan, which is located 30km from Multan, and said that there had been no electricity in the area for over two days.

The protesters blocked a road that linked the district to Bahawalpur and the rest of the Southern Punjab region and also destroyed a local Mepco office. Police officials arrived on the scene and without conducting any preliminary evacuation began aerial firing on the protesters. Police officials also baton charged the locals. District police officer (DPO) Omar Laliqa was under strict instructions to crush media coverage of the event and police officials violently beat up a camera man from one private television channel. They also destroyed a mobile press van and flogged the entire media team after arresting them.

Police officials then arrested members from another private channel and threatened them with similar ‘consequences’ if they pursued the story, adding that they had the right to arrest them without cause as they were ‘maintaining’ public order and the media was allegedly destroying it.

The Punjab chief minister took notice of the incident on Monday night. he has asked the PML-N MPA from the area, Tehmina Daultana, to inquire into the incident and submit a report to him.

There’s no ‘fixing’ prices in Punjab