Why the world needs to relieve some of Pakistan’s debt?

Why the world needs to relieve some of Pakistan’s debt? 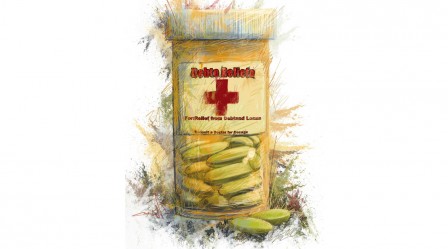 KARACHI: The International Monetary Fund’s Poverty Reduction Strategy Paper (PRSP) for Pakistan was released in the first week of July. The underlying message of the PRSP was acknowledging that Pakistan has paid an immense price for being a frontline state in the war on terror. The direct and indirect costs of our involvement over the last five years have been more than Rs2 trillion ($30 billion).

We, as Pakistanis, have largely lived in a state of denial for years with notions that “this is not our war” and we are “fighting the war for the US”. The economic cost aside, the cost to our image in the world, confidence in our nation’s capabilities and psychological impact on our people is unquantifiable. Taking cue from the acknowledgment of the IMF, I believe that we should use this as an opportunity to plead for debt relief.

In order to avail this opportunity, it is most pertinent that all parties in parliament join hands, discuss the matter thoroughly and strategise about to how we can get debt relief from the international community. Pakistan could save on debt servicing costs and more importantly reduce the liabilities on its balance sheet. At the same time, reduction in debt servicing costs can be coupled with a freeze on non-development expenditures to allow for a better deployment of the same for the Public Sector Development Programme.

Pakistan’s foreign debt situation is not as bad as it is made to be believed in certain segments of the media. As of March 2010, total foreign debt stood at $54.5 billion. Out of that, Pakistan owes a group of 18 nations called the Paris Club $14 billion, other bilateral lenders $1.8 billion, multilateral agencies like the IMF, World Bank, Asian Development Bank, Islamic Development Bank, etc, around $32 billion.

By demanding a relief initially from bilateral loans that are payable to the nations in the Paris Club, and other countries like China, Saudi Arabia, Kuwait and loans from Germany and Japan taken during the last two and a half years, Pakistan can easily get relief to the tune of $15.8 billion. With success in due course which will depend on our diplomatic and political canvassing, we can make the same demand to the multilateral lenders as well to seek the debt relief.

Pakistan’s demand for debt relief is not unjust. It is our role in standing up to terrorists that gives us the opportunity to seek such relief. First and foremost, despite a difficult macro-economic environment, Pakistan has never defaulted on its obligations. Earlier in January 2010, Pakistan successfully repaid its $500 million Euro-Sukuk. All other obligations to the global debt markets are being met as per schedule.

It is worth noting that Pakistan’s Credit Default Swap (CDS) had widened both after the assassination of former prime minister Benazir Bhutto and then in the summer of 2008 when a near run on banks was witnessed after rumours emerged that Pakistan was freezing foreign currency accounts. The result of these two events was a flight of capital from the country, causing a liquidity crunch, increase in interest rates and then the economic crash that began in the West from August to September 2008 made the return of the capital back to Pakistan difficult. To put it into context, Pakistan fulfilled its obligations aptly despite taking expending huge sums of money on the war against terror, despite defaults being the order of the day the world over at the time.

At the time of rumours of a run on banks in June-August 2008 and when the fight against militants was taking place in Swat, Pakistan’s CDS touched as high as 30 per cent. It is only in due course of time and showing the world that Pakistan is capable of handling the terrorism problem, we find that our CDS is back to the point when troubles started. In a nutshell, today we are a less risky place for an investor than we were 24 months earlier.

Raise debt issue with US first

In October 2009 when Hillary Clinton was in Pakistan, in a meeting with legislators the matter of writing off the debt, standing approximately at $2 billion, Pakistan owed to the US was raised. Clinton had assured that she would raise the matter with the US Treasury as it was a fresh issue. However, nothing much has happened as the media tirade that followed the Kerry-Lugar Bill and echoing support by the opposition and military made the matter of writing off the debt inconsequential.

I feel it is high time that we raise the issue again with the US, which leads the world, and if it is willing to write off our debt, we can move from one country to another to seek the same relief.

This initiative has to begin from parliament and the ministry of finance. A suitable course of action in this regard could begin with devising a strategy involving the ministry of finance, ministry of foreign affairs and State Bank of Pakistan to envisage the scenarios and conditions that can be put on the negotiating table. After a thorough homework, all political parties’ heads can be involved to bring them on board on this matter.

At the same time while presenting the benefits of debt relief, the political stakeholders can be presented a plan of action as to what the state will do with the savings made due to the debt relief. After necessary approvals and agreement within the country is achieved, an effectively planned and executed lobbying with concerned quarters in Washington, DC, has to begin. In Washington, Pakistan has to tap necessary support of the US State and Treasury Department, World Bank and the IMF.

Critics of the proposal will talk about the impact on Pakistan’s image and standing in global capital markets. It is important to note that lenders always have scenarios to envisage a write-off which can be coupled with conditions that need to be met in order to seek an advantage. The IMF and World Bank already have a Heavily Indebted Poor Countries (HIPC) Debt Initiative and Multilateral Debt Relief Initiative (MDRI) whereby debts of indebted countries can be written off to provide due relief.

As a Pakistani, I would not like to be given relief under the initiatives of HIPC or MDRI which have been received mainly by Sub-Saharan African countries. But by effectively lobbying for the role we are playing in the war on terror and presenting the positives of such debt relief on our economy and society, we can get the necessary initiatives created for Pakistan.

At the end of the day, we as Pakistanis have to safeguard our own interests. Our interests remain in a country that has the necessary development targets and has the political will to achieve those. Also, we have to realise that opportunities such as now do not knock our doors every day. Today the world needs us, therefore, they will be inclined to listen to our just demands. When we have done our job, no one would care what we want. Timing our initiative is of utmost importance and the right time is now. Source data: Reuters