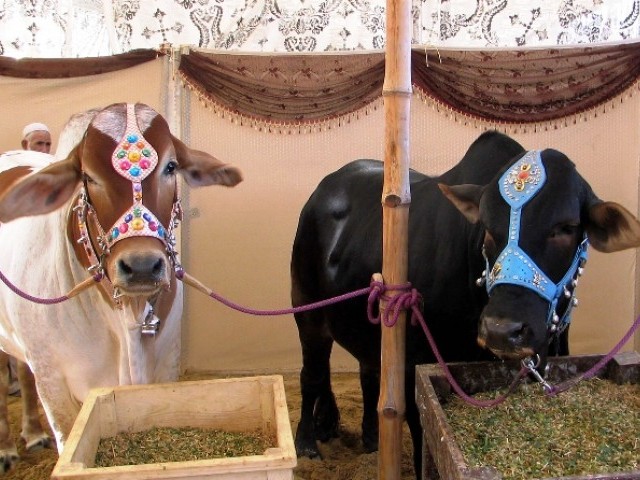 KARACHI: Sindh Home Minister Manzoor Ahmed Wassan said the government had devised a code of conduct for the collection of hides of sacrificial animals on Eidul Azha with consensus of all major political parties of the province while Police, Rangers and Frontier Constabulary (FC) had clearly been directed to arrest violators and challan them in the Anti Terrorism Court (ATC) to face charges.

Reading out the points of code of conduct during a press conference at his office, Wassan said only officially registered political parties could collect hides of sacrificial animals after obtaining a permission letter from concerned District Coordination Officer. Setting up camps at any government land or office or elsewhere is completely prohibited while using loudspeakers for the purpose was also not allowed.

He maintained that anybody found breaching the code of conduct will be taken to ATC to face legal action. The minister said many cases of snatching of hides were reported last year, adding such practice won’t be tolerated anymore.

He stated that all parties would spell out their agenda including hide collection points on November 2 at the Home Minister’s Office. “ANP has already said it will not collect hides on Eidul Azha”

“A complaint centre at Home Minister’s Office has also been established that will be working round the clock during Eid days. Prompt action would be taken against the complaint of any person”

In order to maintain peace, he said, it was necessary to eliminate all practices being carried through many years regarding ‘forced’ collection of hides on Eidul Azha.

The home minister expressed that positive results would emerge out of the decision taken with the consensus of all political parties of Sindh.

A ‘tsunami’ in Lahore