Large part of crowd at PTI rally will be studen­ts and young profes­sional­s.
By Taha Siddiqui
Published: October 30, 2011
Tweet Email 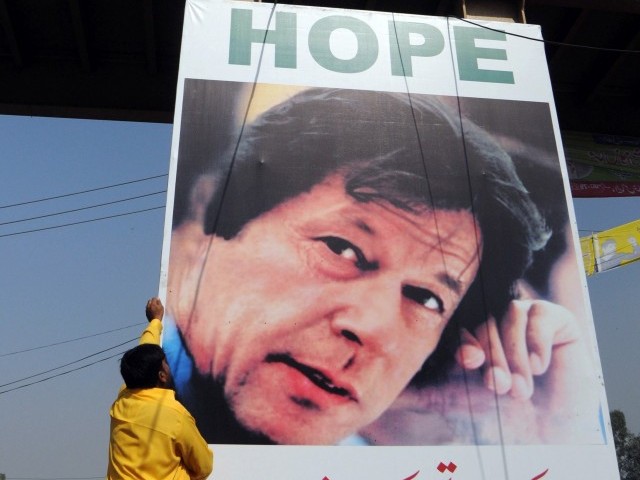 Large part of crowd at PTI rally will be students and young professionals. PHOTO: AFP/ FILE

Omar Mohsin Khan, a 26-year-old entrepreneur from Karachi who now lives in Britain, is flying to Lahore on Sunday morning just to attend Tehreek-i-Insaf’s (PTI) rally at Minar-i-Pakistan. “I am doing this for the love my country and for change,” he says.

Young professionals such as Khan and students are likely to be a key demographic for the PTI, and many will be participating in their first political activity at Sunday’s rally.

Talha Chishti, a fourth year student at LUMS, says he has been soliciting support for the rally for a month. “I have managed to get almost 500 students to commit to coming. We have paid for transport from our own pockets,” he says.

A-level student Farwah Kamran, 18, says she spent several days persuading her mother before she was given permission to participate. “I am really happy. I have been able to convince my parents to come too,” says Farwah, who registered as a voter this week.

She shows off her badge, bearing a picture of Imran Khan with the word ‘hope’ pasted underneath. Farwah and her friends have changed their profile pictures on Facebook to reflect their PTI support, and have even gotten head scarves dyed in party colours.

Maham Irshad, 19, says she will be at the rally but her parents won’t know about it. “They don’t think it’s safe, and they feel all the parties are the same,” she says. “But I truly believe in Imran Khan. He will bring change.”

The head of the PTI youth wing, Zara Shahid, says she has reached out to more than 2,000 girls in schools and colleges. She took a week off school to go door-to-door and ask people to join their pre-rally caravan at Liberty at 10am. “Right now my priority is this gathering. I do not care about anything else,” she says.

Amina Bhatty, 17, hasn’t told her father, a staunch PML-N supporter, that she is going to the rally either. “He would be disappointed if he knew but I am really disillusioned with the Sharifs,” she says.

Murtaza Khwaja, a doctor, and his friends Ali Khan and Haider Toor, both businessmen, were making posters for the rally a day ahead of the event. “He is the only non-corrupt politician in the country,” Murtaza says.

Toor says he hopes Imran Khan doesn’t end up saying the same things that other politicians do. “I hope he has a plan to tackle the problems we face today and I expect him to announce it at the gathering,” he adds.

Let’s get one thing straight…I’m not