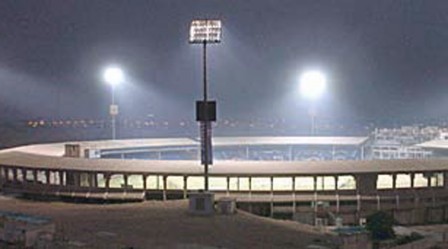 Salim Jaffer has been one of the few selectors who visited grounds to attend junior team matches. PHOTO: GETTY

Describing him as one of the best cricket selectors, former Test leg-spinner and chief selector Abdul Qadir believes that the Pakistan Cricket Board (PCB) has committed a huge mistake by not renewing Salim Jaffer’s contract as a national selector.

“The sacking would be a huge loss for national cricket, you’ll lose a hard-working selector like Jaffer,” Qadir told The Express Tribune.

The PCB has decided not to renew Jaffer’s contract that ends on July 31 even though it has already sent renewal letters to the rest of the selection committee headed by former Test cricketer Mohsin Khan.

Though the board has not given any official reason for this snub, it is an open secret that Jaffer is paying the price for protesting after the selectors, bar Mohsin, were not asked to give their input over the selection of the Test squad for the tour of England.

The PCB Chairman Ijaz Butt, in his latest statement on the issue, said the board was not satisfied with Jaffer’s performance but Qadir thought otherwise.

“Jaffer is one of the most active selectors as he even used to attend local tournaments in search of talent. I don’t doubt his work. I think Jaffer fell prey to internal politics and it may be that somebody has impelled the chairman against him.”

The former chief selector said there should be no involvement of the PCB hierarchy in selection matters and termed the interference one of the main reasons behind the team’s below-par performance in previous events and series.

Jaffer has no regrets for losing job

Jaffer has no regrets for losing the selection committee job and felt satisfied with the work he did in his three-and-half-years of service.

“I’m always ready to work for Pakistan and I have no regrets as I always did my job with honesty,” Jaffer told The Express Tribune.

While PCB’s media director Nadeem Sarwar claimed that the board had not sent any letter to him, Jaffer said he received a note from the PCB that confirmed that he will not be part of the selection committee from next month.

“I just showed reservations to the team selection method in Sri Lanka and that too to Mohsin. I never gave any statements against the board or its chairman. I was a part of the committee for over three years and worked under Salahuddin Ahmed, Qadir and Iqbal Qasim and I’m sure they’ll be able to tell how honest I was with my work.”

Pakistan to continue war on terror