The road much travelled — V

The road much travelled — V 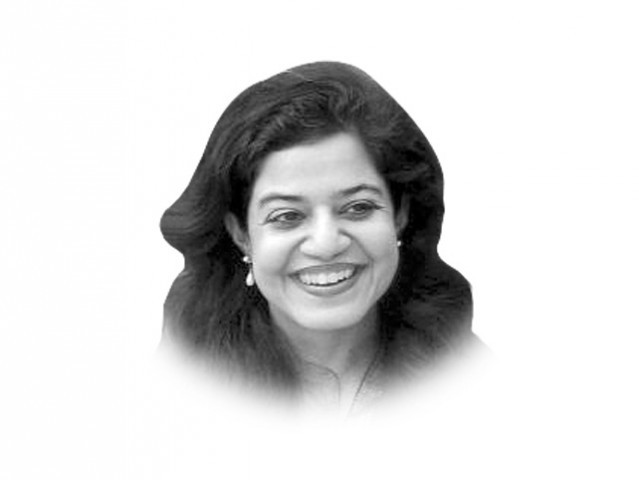 The author is a Lincoln’s Inn barrister practicing in Islamabad and holds a degree in Economics and Literature from Bryn Mawr College, US

Gujrat, the city of Shah Daula, Ram Pyari and at least three recipients of the Nishan-e-Haider, was Raza Ali Abidi’s next stop on his journey along GT Road. Located atop a mound and nestled in the shade of trees, Gujrat’s luxuriance was in stark contrast with the barren landscape Abidi had witnessed beyond Jhelum. Abidi, however, was more intrigued by the city’s history than its setting.

In conversations with the locals, Abidi discovered that according to some, Gujrat was an ancient settlement dating back to Ram and Sita’s time, whereas others claimed that the high palaces Alexander had espied from across the River Jhelum belonged to this city. All agreed, however, that Gujrat’s present incarnation dated back to Emperor Akbar’s reign: legend has it that Akbar had stopped here on his way to Kashmir and upon hearing complaints about the incessant fighting between the Gujjars and Jats who occupied the region, had ordered a fort to be built — the ramparts and remains of which may still be seen today — and to settle a town around it. The name of the town was an amalgam of the names of the two warring factions, and perhaps it was the magic wrought by the name that over time the Gujjars and Jats both came to live peaceably together.

Abidi’s first stop was Shah Daula’s shrine, Gujrat’s oldest and certainly most popular landmark. In olden times, the shrine had been at some distance from the city. However, over the years, the city has spread to envelop its surroundings and the shrine now forms the centre. At the time of Abidi’s visit, the shrine was thronged by devotees. However, more riveting than their display of faith was the presence at the shrine of Shah Daula ke choohay or the ‘Rat Children’. For centuries, childless women had sought the saint’s blessing to conceive a child and as a token of their gratitude had given their first born into the service of the shrine, where the guardians perhaps disfigured them and sold them into beggary. At one point, a large number of these Rat Children — grown to adulthood but with disproportionately small heads — could also be seen at Abdullah Shah Ghazi’s mazar in Karachi.

Abidi’s next stop in Gujarat, the Palace of Ram Pyari, told a different story. Although Ram Pyari had passed into the town’s legends, no one knew who she was or when exactly she had lived there. She was reputed to have been a beauty, married to a local magnate, who seemed to have been clearly besotted with her. It was for her that he bought the city’s first car and for her that he built a fine house boasting French windows, Spanish porticoes, Italian tiles and carved and enamelled ceilings. But Ram Pyari was not destined to enjoy this splendour and left everything to move to India at the time of Partition. Since then, the palace has been converted into a girl’s hostel. However, even this comedown has not robbed the place of its romance and people still come there to catch a glimpse of its beauty in the fading moonlight and perhaps the girls who pack into its large halls still dream of a life as beloved and as splendid as hers had been.

Beyond Abidi’s Gujrat of shrines and palaces is another Gujrat that has formed part of my consciousness for as long as I can remember. It is the Gujrat described to me by my mother who spent her teenage years there. Her Gujrat is a simple town of simple, loving people. It is the town of pehalwans who thrive on ghee and lassi and the town of martyrs — Aziz Bhatti (d. 1965), Mohammad Akram (d. 1971) and Shabbir Shaheed (d. 1971) — who gave their lives in order to protect and safeguard their country. I remember the quiet pride in my mother’s voice and the tears in her eyes when she would tell us, as children, the stories of these brave men. I wonder now if in doing so, she hoped to light in us the spark to love and serve our country and I wonder to what extent we have lived up to her expectations.

The wrath of Khan