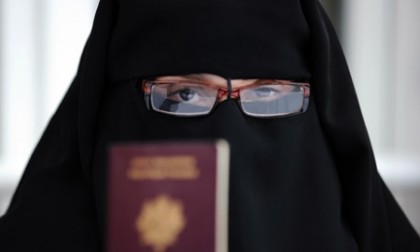 On the eve of Bastille Day, when France celebrates the birth of what was to become a staunchly secular republic, the 577 seat National Assembly lower house voted by 335 votes to one for a total ban.

The bill will now go to the Senate in September, but opponents of the total ban say if it was overturned by the judges of the Constitutional Council, France’s highest legal body, it would hand a victory to the fundamentalists. For while President Nicolas Sarkozy’s determination to ban the niqab and the burqa won enough political support to carry it, the critics argue that it breaches French and European human rights legislation.

The bill defines public space very broadly, including not just government buildings and public transport, but all streets, markets and thoroughfares, private businesses and entertainment venues.

Just ahead of the vote, Socialist lawmaker Francois de Rugy warned that if judges overturned the law it would be a “priceless gift to the fundamentalists we all oppose” and accused the right of electoral grandstanding. But Socialist and Communist deputies did not vote against the bill, they simply abstained, and it sailed through without a hitch.

Similar laws are pending in Belgium, Spain and some Italian municipalities, but the ban is particularly sensitive in France, whose rundown city suburbs are home to Europe’s biggest Muslim minority. Last week, Justice Minister Michele Alliot-Marie told lawmakers debating the bill that its adoption would assert French values and help to better integrate Muslim communities into the national way of life.

She said being forced to wear the niqab or the burqa “amounts to being cut off from society and rejecting the very spirit of the French republic that is founded on a desire to live together.”

Critics say the law exploits a non problem – only about 1,900 women among France’s five to six million Muslims wear a veil – in a bid to pander to anti immigration voters and to distract attention from France’s economic woes.

The bill was condemned by London based human rights group Amnesty International, which had written to all French parliamentarians urging them to reject it. “A complete ban on the covering of the face would violate the rights to freedom of expression and religion of those women who wear the burqa or the niqab as an expression of their identity or beliefs,” said John Dalhuisen, Amnesty’s expert on discrimination in Europe.

Fines of 150 euros 190 dollars will be imposed on those caught wearing the veil, after a six month grace period to allow time to educate Muslim women about the ban. Men who force their wives or daughters to cover themselves for religious reasons face stiffer penalties of up to 30,000 euros and a one year jail term.