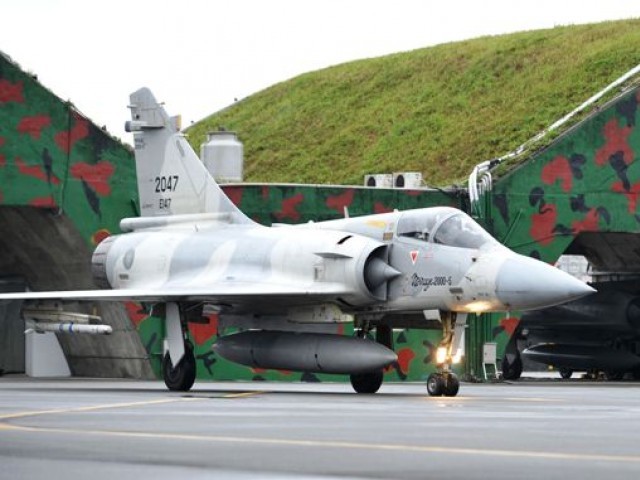 This picture shows a Mirage fighter jet taxis out of a hanger. A Pakistan air force mirage crashed in Balochistan, killing the pilot. PHOTO: AFP/FILE

BALOCHISTAN: A Pakistan Air Force (PAF) pilot was killed when a training aircraft crashed near the mountainous area of Uthal in Lasbela district on Wednesday.

According to official sources, the training aircraft, ‘Mirage’, had developed a technical fault which resulted in the crash. The deceased was identified as Air Commodore Mohammad Asim Paracha and the body was shifted to Karachi.

The plane, which took off from Masrur Airbase in Karachi, caught fire due to the technical fault near Uthal. Officials of the Pakistan Air Force, Pakistan Coastguard and Levies as well as police personnel reached the site of the crash, which triggered panic among people living in nearby villages.