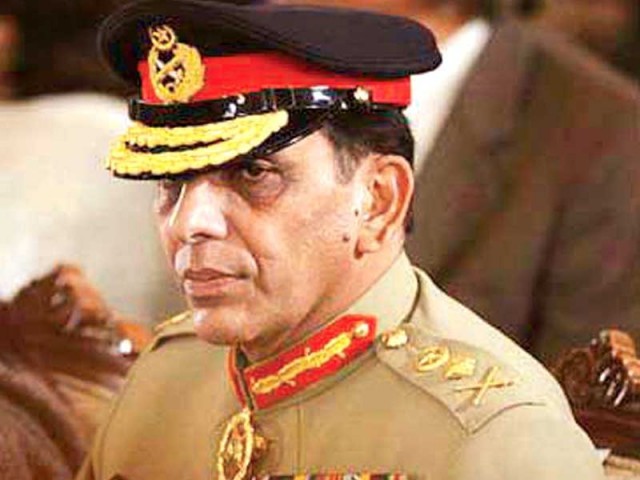 " If anyone convinces me that everything will be sorted out if we act in North Waziristan, I will take immediate action," Army chief General Ashfaq Parvez Kayani.

The army chief did not rule out the possibility of a US ground offensive in North Waziristan, but told parliamentarians at a briefing on Tuesday that Washington will think ‘many times’ before launching such an attack.

“They [the US] might do it but they will have to think ten times because Pakistan is not Iraq or Afghanistan,” Chief of Army Staff General Ashfaq Parvez Kayani was quoted as telling members of parliament’s defence committees at a briefing at the General Headquarters that went on for over three hours.

Acknowledging that the US is pressing Pakistan to launch a military operation in North Waziristan, Kayani said that the ongoing build-up of Afghan and International Security Assistance Force (Isaf) troops along the Pak-Afghan border is a tactic to intensify that pressure.

“We have made it clear to the US that we will decide the timing of any such action according to our situation and capabilities. We have also told them that the problem lies within Afghanistan. If anyone convinces me that everything will be sorted out if we act in North Waziristan, I will take immediate action,” a parliamentarian, requesting anonymity, quoted Kayani as saying.

Leaving no ambiguity over reasons for the operation, an Afghan defence ministry official told AFP on condition of anonymity that the action was tied to recent spats between Washington and Islamabad. While he declined to specify the operation’s scope, another senior official from the ministry said it was “largely against the Haqqani network”.

General Kayani said that Pakistan had handed over its position on Afghanistan to the Obama administration in writing in 2010 and had asked the Americans to elaborate on their position but they had not done so. “We have long-term interests in Afghanistan, others might have short … For short-term gains, we cannot lose [sight of] our long-term interests,” the army chief said.

But responding to a question on Pakistan’s interests in Afghanistan, Kayani sought to dispel the perception that Pakistan was seeking so-called strategic depth in Afghanistan.

“We cannot leave both our eastern and western borders insecure,” Kayani asserted. “It is wishful thinking to achieve strategic depth in Afghanistan. The Russians tried, the Brits tried, the Americans are trying. We don’t have a magic wand,” a participant quoted Kayani’s response.

However, Kayani did not deny that Pakistani secret agencies maintained contacts with ‘certain elements’ within the hierarchy of Afghan insurgent groups. “That is where we get our information, the intelligence, from,” he yielded. “The important thing is how we use the information gathered from these elements. You can do it positively and negatively.”

‘No need for US aid’

In a press release issued by the military after a recent corps commanders’ meeting, Kayani is said to have stressed that the Pakistan Army does not need US aid and that he had told American officials that he means what he said.

“We got only 25% of the aid from the Kerry-Lugar Act. Pakistan Army has no objection if the US converts its military aid into civilian assistance,” he said.

Stressing on civilian responsibility for peace, he said that the military can only secure areas where it conducts operations, but civilians need to take control and maintain law and order.