No alternative to cooperating with Pakistan: NATO chief

No alternative to cooperating with Pakistan: NATO chief 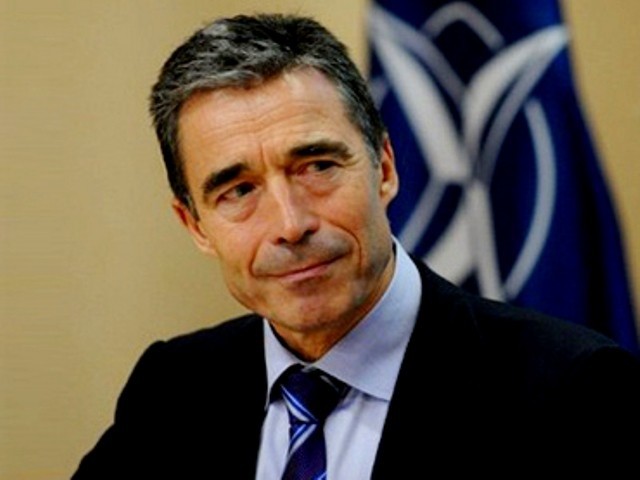 ISLAMABAD: Nato Secretary General Anders Fogh Rasmussen urged Western governments to continue to work with Pakistan against extremists, according to a report published in The Financial Times on Tuesday.

His call comes amid growing US pressure for Pakistan to take action against militants, with specific regard to the Haqqani network.

Rasmussen was speaking at the World Affairs Council in Atlanta, USA. He declined to comment on Admiral Mike Mullen’s allegations that the Pakistan Inter-Services Intelligence (ISI) was supporting the Haqqani network to battle US troops in Afghanistan.

In an unprecedented condemnation of Pakistan, the outgoing head of the US military, Mike Mullen, last month accused Pakistan of “exporting” violent extremism to Afghanistan through proxies.

At a defence forum hosted by the European Policy Centre think tank last month, the Nato General Secretary called for “positive engagement” from Islamabad to ensure stability in Afghanistan.

“We encourage the Pakistani military and the Pakistani government to do its utmost to fight extremism and terrorism in the border region,” Rasmussen said.

Rasmussen told FT that despite questions raised by the killing of al Qaeda leader Osama bin Laden on Pakistani soil, he sees “no alternative” to co-operating with Pakistan in war against terrorism. Regarding the allegations, he said:

“Pakistan must deal with it and make sure terrorists don’t have safe havens in Pakistan, and we need a close partnership and a positive partnership with Pakistan.”

The Nato chief expressed appreciation for efforts so far by Pakistan’s military to fight militants in its border region with Afghanistan.

He said he still considered Pakistan “a partner” in Nato’s Afghan campaign and believed the Pakistani government could be motivated o take a more hardline stance towards the Haqqani network.

Occupy Wall Street: From a single hashtag, a protest circled the world