'Pakistan should choose between US and Taliban'

'Pakistan should choose between US and Taliban'

Republ­ican presid­ential hopefu­l Mitt Romney said that Pakist­an was not acting like an ally in the war on terror.
By Reuters
Published: October 4, 2011
Tweet Email 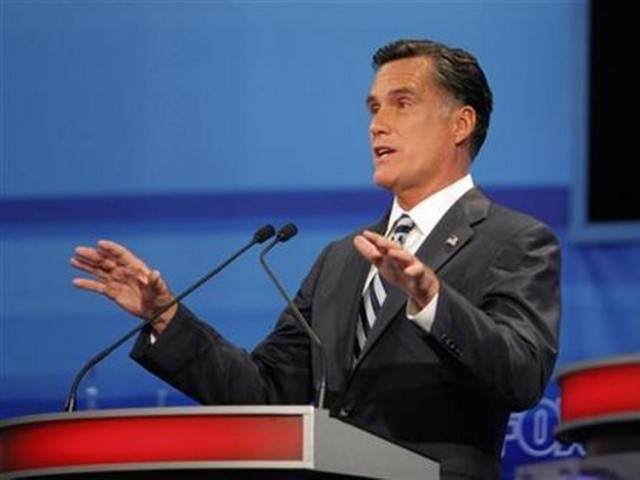 Republican presidential hopeful Mitt Romney said that Pakistan was not acting like an ally in the war on terror. PHOTO: REUTERS/FILE

BOSTON: Republican presidential hopeful Mitt Romney on Monday said that Pakistan was not acting like an ally in the war on terror.

The former governor of neighboring Massachusetts was peppered with questions on immigration, the war in Afghanistan, relations with Pakistan and gun control by a mostly supportive crowd of about 300 at a town hall meeting in Salem, New Hampshire.

Pakistan, Romney said, “is not acting like an ally,” and should decide if it wants to support the United States or the Taliban; choosing the Taliban would have “significant consequences.”

His statements came after growing tension between the two countries in the wake of US Joint Chiefs of Staff Chairman Admiral Mike Mullen’s allegation that Pakistan maintains ties with militants.

On September 22, Mullen bluntly said he believes the Haqqani network acts as a “veritable arm of Pakistan’s Inter-Services Intelligence Agency”. He went on to say that the Pakistani government, army and intelligence agency jeopardize the Pak-US partnership in the war on terror by “choosing to use violent extremism as an instrument of policy”.

Pakistan has condemned these allegations, maintaining that it is committed to fighting the war on terror as it has been the greatest victim of militancy.