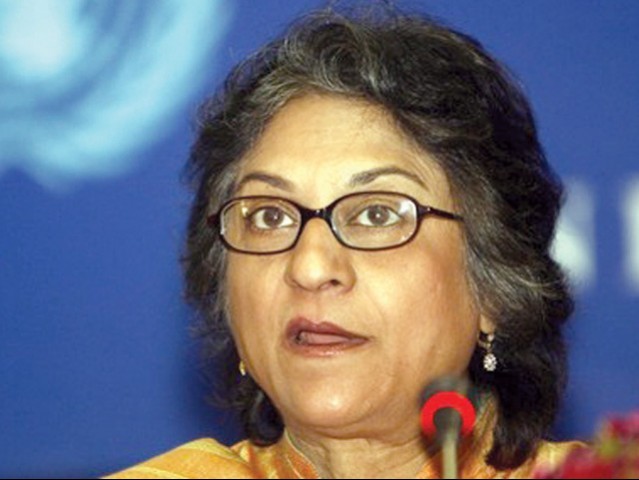 President of the Supreme Court Bar Association (SCBA) Asma Jehangir said Balochistan’s situation has been deteriorating since the day security forces were given authority to make decisions for the province.

Addressing members of the Balochistan High Court Bar, Jahangir said Balochistan is in a relatively more dangerous position as compared to other provinces because international forces can strategically benefit from its geographical position. “Divisions have been created amongst people as sectarian killings, recoveries of mutilated bodies and target killing of Punjabi speaking people, frequently take place,” she said.

She was of the view that if Balochistan’s problems were not addressed on an immediate basis, the province will turn into an ideal piece of land for international forces to play their dirty game.