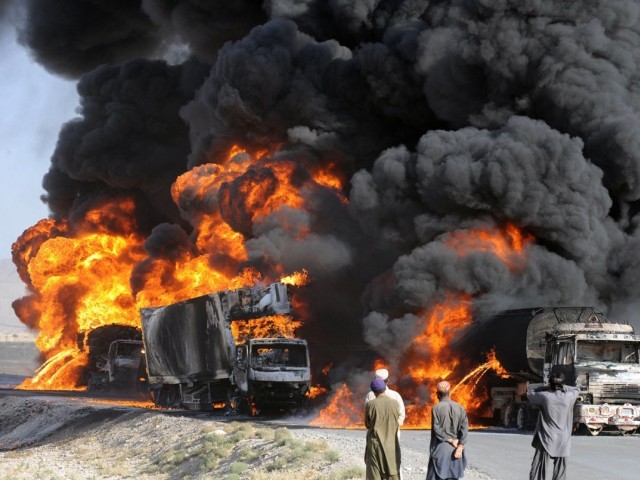 Pakistani local residents watch burning NATO supply trucks after they were attacked by armed militants on the outskirts of Quetta on September 27, 2011. PHOTO: AFP

According to Balochistan Levies, three oil tankers carrying fuel for North Atlantic Treaty Organization (NATO) forces stationed in Afghanistan were on their way to Kandahar from Karachi when armed men opened fire on them. As a result, fire erupted from the oil tankers.

One of the drivers also sustained injuries in the attack.

“The oil tankers were completely gutted,” a local official said, adding that levies and other law enforcement agencies cordoned off the area immediately after the incident.

Fire tenders from Quetta and nearby township also reached the spot.

The militants often target NATO suppliers in Balochistan which is the second largest route for allied forces combating in Afghanistan.