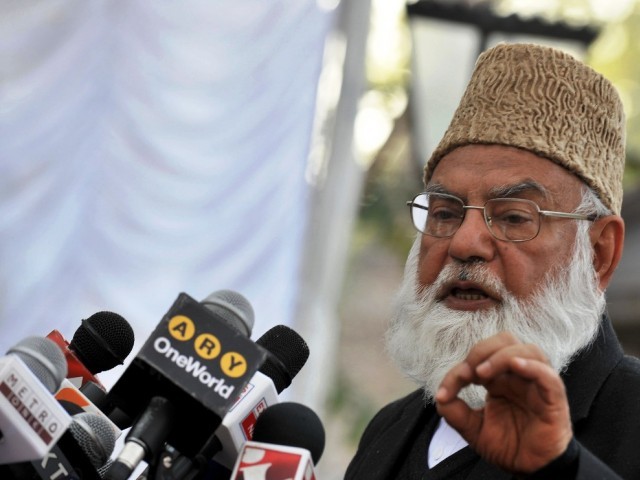 He made this statement while addressing the media in Gujranwala.

The former JI chief said the entire nation will support the government if it opposes the recent allegations leveled against Pakistan by the United States.

Qazi Hussain Ahmed said the United States leveled charges against Pakistan to hide its own defeat in Afghanistan.

“If the government stands firm under the current circumstances then the people will back it.”

“US should stop blaming Pakistan for its own failures in curbing terror,” he said.

He said Jamaat-e-Islami will attend the All Parties Conference on September 29 and will present its stance.

Qazi Hussain said elected members of the nation should present the true picture of the regional crisis before the world.

Prime Minister Yousaf Raza Gilani has announced September 29 as the date for an all-parties conference on the national security situation, which has been called in the wake of serious US allegations against Pakistan.