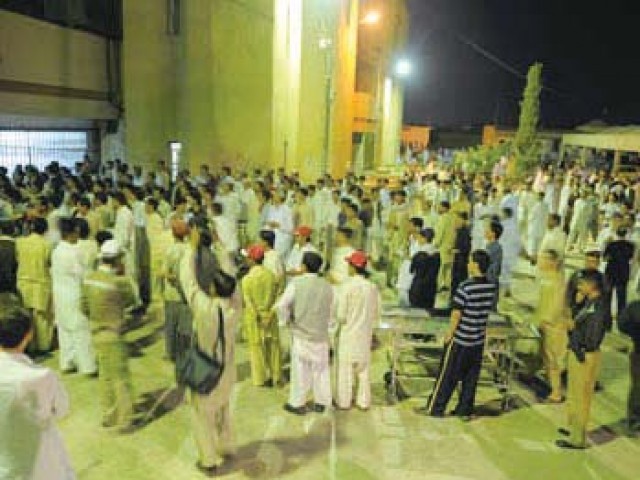 The Balochistan High Court criticised the provincial home department’s report on the sectarian attack in Mastung and said the Balochistan government is pushing the province towards destruction and should “clarify its policy”.

On September 19, 26 Shia pilgrims on their way to Iran were disembarked from a passenger bus and shot by a group of armed men in Mastung.  Banned militant outfit Lashkar-e-Jhangvi claimed responsibility for the attack.

The division bench comprised Chief Justice Qazi Faez Isa and Justice Hashim Khan Kakar. The Advocate General of Balochistan Amanullah Kanrani appeared before the bench and submitted a report on the attack on behalf of the Balochistan government.

The provincial home department in its report said security has been increased on highways to protect pilgrims. “Pilgrims will not be allowed to travel to Iran without obtaining a no-objection certificate, the report said, adding “The Hazara community will be provided adequate security if they inform the home department about their journey to Iran or any other area of Balochistan.”

When the court was told that the case had been handed over to the Crime Investigation Department, the chief justice asked why the Levies were in control of Mastung when they couldn’t investigate the case.  “It is not the investigators’ fault, but that of the provincial government. The provincial government is pushing Balochistan towards destruction and it should clarify its policy,” the chief justice said.

Earlier, the Supreme Court Bar Association President Asma Jahangir had said that high courts cannot take suo motu note of incidents like Mastung killings. Responding to this, the bench issued notices to Jahangir and the attorney general and asked for comments from the Balochistan bar and high court bar associations over her statement.

The court approved the request of Hazara Democratic Party to become a party in the case. The hearing was adjourned till October 4.