Dr Tahir's “Time to rename Abbott­abad” made me realis­e that the harm done by renami­ng of places is not obviou­s to all.
By Yaqoob Khan Bangash
Published: September 26, 2011
Tweet Email 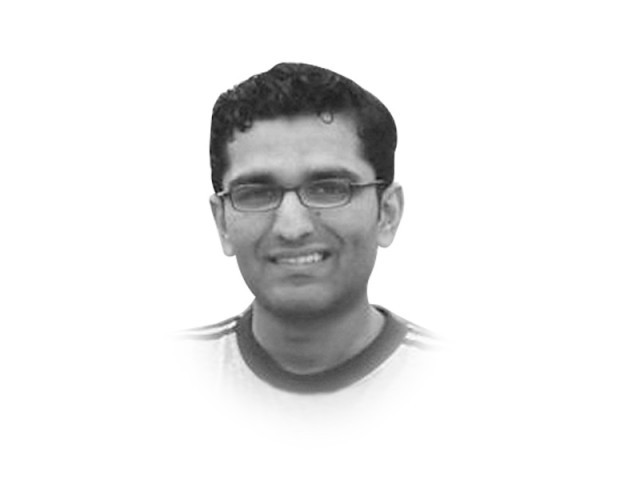 I was going to write about something else this week, but the September 23 article “Time to rename Abbottabad”, by Dr Pervez Tahir, a person with a distinguished career and a PhD from Cambridge, made me realise that perhaps the harm done by renaming of places is not yet obvious to everyone, and needs to be re-emphasised.

Changing the names of roads, areas, and cities are a favourite pastime of corrupt post-colonial countries. In the name of nationalism, many countries have used renaming of various things as a tool to shift attention from their own failures in governance and development. With little to show as successes, rechristening of someone else’s achievements and remembrances has become an important instrument of cheap popularity for such regimes. Ever wonder why it is only in the less developed world that this renaming takes place? Why does the US, for example, not rename New York or New Orleans? Why is it that only Salisbury had to be changed to Harare, Bombay to Mumbai, and Calcutta to Kolkata?

Renaming of streets, areas, and cities is a blatant attempt at obliterating and rewriting history. In countries with low literacy rates, such as Pakistan, place names are often the only reminders of the past, and as such important teaching tools. For example, if Lyallpur had still been there, people might have still been aware of the life and career of Sir James Lyall, the Lieutenant-Governor of Punjab, who promoted the idea of canal colonies in the 1880s, making numerous Muslim, Hindu and Sikh families prosperous. People would also have known that the planning grid of the old city of Lyallpur followed the Union Flag. However, Lyallpur was renamed ‘Faisalabad’ in 1977, after a king of Saudi Arabia who had nothing to do with the city, its establishment, or development. The renaming tried to eradicate the city’s link with its founder, who still remains buried there, and attempted to establish a new, fake, identity.

Renaming also does disservice to the memory of the new person being commemorated. There has never been a dearth of new streets and new areas which can be developed in the name of someone. So why not establish something new and dynamic in honour of an esteemed personality? I am sure Benazir Bhutto would have been pleased if a new settlement were named in her memory, rather than the memory of another Sindhi, Syed Nawab Shah, being erased for her.

Renaming only does two things: it feeds the vanity of some twisted minds, and it adds to the burden of an already cash strapped country. Has anyone ever wondered how many millions of rupees have been spent in rewriting every sign board, reprinting all business cards and letter pads, and the like, after the NWFP was renamed Khyber-Pakhtunkhwa? Can Pakistan, or any thirdworld country, afford such waste of money, when the same amount could have been used for the establishment of at least two or three schools or hospitals?

Among other things, Pakistan is also going through an existential crisis. The slogan for the creation of Pakistan was the Two-Nation theory, but after the separation of East Pakistan, that argument became untenable. Even before that, the fact that the Muslim League was never strong in the regions now forming Pakistan, and the long and confused debates on the constitution of Pakistan, showed the shaky basis of the country. In this scenario, rather than honestly assessing the creation of the country and formulating a new consensus, the focus in Pakistan has been on ignoring the past in order to create a phony history. The process of renaming is part of this project.

Abbottabad, established by and named in the memory of Sir James Abbott, who loved the city and its people, should never be renamed so that people can always remember a person who was so impressed by them that he learnt their language, adopted their ways of life, and lived among them as one of their own. Abottabad, and all other such cities, places and roads, are a part of our history, of both good and bad times, and destroying this public history is not only dishonest, but criminal.