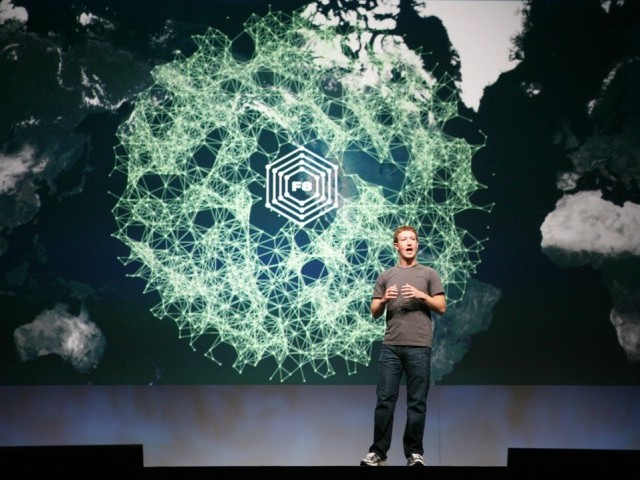 Facebook founder Mark Zuckerberg kicked off the annual f8 developers conference in San Francisco by introducing “Timeline” pages that let people digitally map everything they’ve ever done.”The heart of your Facebook experience, completely rethought from the ground up,” Zuckerberg said.

“Timeline is the story of your life.”He demonstrated by showing how his new profile page chronicled his experiences from meeting US President Barack Obama to baby photos.

“The biggest challenge was to tell the story of your life in a single page,” Zuckerberg said.

“What Timeline does is show all the recent activity and then as you go back in time it starts summarizing the things you’ve done in your life.

“The latest changes at Facebook include a new class of “open graph” applications that let people discover and share music, movies, books and news as well as seemingly lightweight experiences like bicycle rides.

Software apps made by more than a dozen developers, including Spotify, will let Facebook members easily listen along to tunes with friends.

“It’s a big day for everyone who loves music,” said Spotify chief executive Daniel Ek said.Zuckerberg heralded the arrival of Facebook applications that let people automatically allow chosen friends see what they do or experience without needing to click “Like” or “Share” buttons.

For example, Spotify will let Facebook users see what friends are listening to at any moment in “Ticker” real-time feeds and then listen along by clicking on a post.”

It really wrings the friction out of the process,” Parks said.The same principle will apply to computer or mobile gadget applications for digital books, news, and films.

“You can connect to anything you want; it’s simple but it is really powerful.

“Facebook had no plans for an “app store” along the lines of the one run by Apple at its online iTunes shop.

Facebook will leave it to members to spread media sharing applications.

People will need to install third party applications to share snippets in Timeline profile pages, which will feature privacy controls. Applications will also require people to set data sharing “permissions” before they are used.

Applications were also available to deliver and share news stories from sources including Yahoo and “The Daily.

“Facebook launched a test version of Timeline, which will be rolled to all of the social network’s 800 million members in coming weeks.

“Facebook is positioning itself as not just your social graph online, but your life online,” said Forrester analyst Sean Corcoran.

“These changes not only help trump rival Google, but will open up new opportunities for marketers with new kinds of customer experiences, long term engagement, advertising, and customer intelligence,” he continued.

The significant overhaul to Facebook profile pages promised to transform them into interactive digital scrapbooks that memorialize people’s lives online in real time.

“We didn’t want to just design a place for you to put all of your stories and apps,” Zuckerberg said.

“We wanted to make Timeline a place that you are proud to call your home.”The changes come just days after Google opened up its own social network, Google+, to the public in a major challenge to market leader Facebook.

Facebook’s transformation is likely to trigger backlash from ranks of notoriously change-averse users and to resurrect concerns over how effectively the social network protects people’s privacy.

Facebook said it has worked with privacy groups while developing Timeline and that it has made it simple and clear to control what information gets shared with whom.

Facebook users this week had taken to complaining about the barrage of recent updates intended to make it easier to manage the torrents of updates from friends at the social network.

Palo Alto, California-based Facebook hit a new milestone this month with a half-billion people using the social network in a single day, according to Zuckerberg.