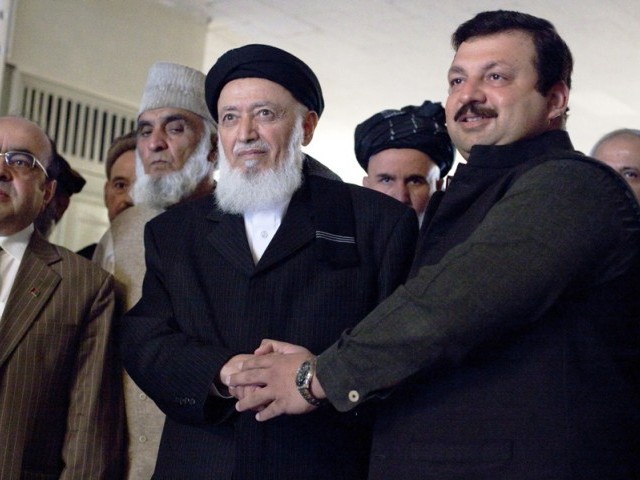 There was little hope when Afghan President Hamid Karzai last year tasked his predecessor Burhanuddin Rabbani to broker a peace deal with the Taliban.

Both Islamabad and Washington apparently endorsed Karzai’s choice but remained sceptical about Rabbani’s ability to galvanise support for the reconciliation due to his controversial past.

His death on Tuesday had not only dashed the fragile hopes for peace in the region but is also likely to exacerbate Pakistan’s tense relationship with both Afghanistan and the United States.

Experts warn that the assassination of the former Afghan president would have far-reaching impact on Pakistan and its long-standing ambition to seek strategic depth in Afghanistan. Islamabad would come under more pressure from Washington to act against the Haqqani network, the deadliest of all Taliban groups which, the US believes, is based in the North Waziristan tribal region.

“This will mean more pressure on Pakistan to go after the Haqqanis,” said Rustam Shah, Pakistan’s former ambassador in Kabul and an old friend of Rabbani.

“It has been a pattern in recent months that every attack in Kabul is blamed on the Haqqani network by the Americans,” Shah said.

The pressure is expected to pile up on Pakistan after Rabbani’s assassination.  “It will make things much more complex for Pakistan,” said Brigadier (Retd) Muhammad Saad, a Peshawar-based security analyst who has met Rabbani several times.

Rabbani, an ethnic Tajik, became Afghan president in 1992 with the fall of Mujahideen and ruled till 1996 when the Taliban led by Mullah Muhammad Omar took over the entire country except the non-Pashtun north.

That was the reason, Saad added, the Taliban had never considered him an honest peace broker and continued to suspect him, leaving little room for any headway in his initiative.

“That was a non-starter…he was sometimes frustrated when he occasionally talked to him,” said Shah, who spoke to Rabbani last week by phone.

“Pakistan-bashing will continue,” was a brisk remark by former interior minister Aftab Ahmed Khan Sherpao, who has been actively involved in backchannel talks to seek an end to the war in Afghanistan.

Sensing tough times ahead, Pakistan top political leadership was quick to condemn the killing, describing it as martyrdom and calling his killers ‘enemies of  peace in Afghanistan’.

Both President Asif Ali Zardari and Prime Minister Yousaf Raza Gilani expressed extreme ‘anger and shock’ over the assassination of a “visionary leader who was actively pursuing peace and reconciliation in Afghanistan”.

“The most important thing is ‘who has done it?’ If the Taliban are behind it then the Qatar initiative will be in danger in the short run,” said Saad.

“Those in the administration in Washington who want a peaceful solution in Afghanistan will find it increasingly difficult to convince the war-mongers that the peacemaking is still possible,” he added.

“And what is more dangerous is the long-term impact on Afghanistan. A simmering Pashtun-Tajik divide can result in a high intensity civil war there, similar to the one the country faced in the 90s,” he added.

Fears are that efforts to make Kabul administration acceptable to all can face a serious setback, drifting the country deeper into ethnic clashes which ruined Afghanistan over decades.