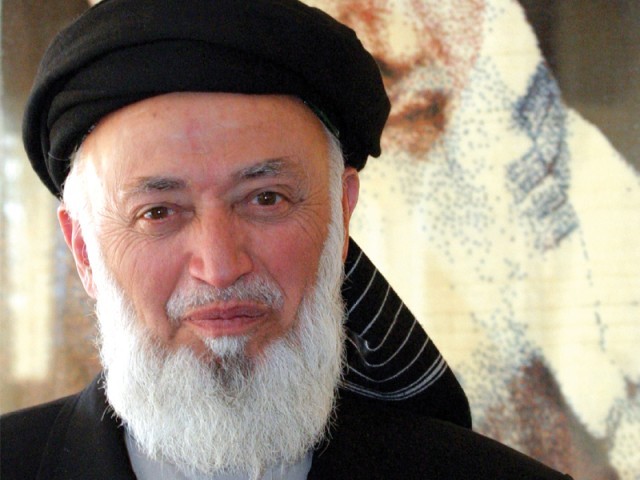 Burhanuddin Rabbani was an elderly scholar and politician given the Herculean task of searching for peace with the Taliban.

As head of state during the anarchic days of civil war from 1992-96 and head of the High Council for Peace since October, Rabbani was an ethnic Tajik whose power was always in question in the Pashtun-dominated Afghanistan.

Although like other prominent Afghans, he was implicated in human rights abuses, he embodied the Western-backed government’s determination to find a political solution to 10 years of war with the Taliban. Rabbani was elected chairman of the peace council set up to broker an end to the war with the Taliban in October 2010, shortly after its inauguration.

Human Rights Watch has listed Rabbani among prominent Afghans implicated in war crimes during the brutal fighting that killed or displaced hundreds of thousands of Afghans in the early 1990s.

But as president and as possible negotiator, Rabbani suffered from being an ethnic Tajik in a country dominated by the majority Pashtun ethnic group – one reason why his presidential rule was never recognised inside the country.

After the 2001 US-led invasion ousted the Taliban regime, he initially returned as president of the first UN-recognised ‘government’.

But he fast handed power to the Pashtun tribesman Karzai, taking something of a backseat — although he was elected an MP in the first-post Taliban parliament.

Born in 1940 in Faizabad in the northeastern province of Badakhshan, Rabbani left the shadows of the Hindukush mountains for an academic career.

He studied in Kabul and then in Cairo’s prestigious Al-Azhar University, and then took the helm of the moderate Islamist and anti-communist campus movement in the 1960’s and 1970’s.

In 1971 he took over the leadership of the Jamiat-i-Islami, but the dominant communist groups of the day forced him into exile in Pakistan.

After the Soviet invasion of Afghanistan in 1979, his party played a central role in the jihad against the Red Army, but Rabbani was overshadowed by Afghan-based Ahmad Shah Masood and Ismail Khan.

When the Soviet-installed regime collapsed in April 1992, Rabbani returned to Kabul and in June took over Afghanistan’s presidency.

But it was a tenure under siege: Kabul was rocketed by Pashtun warlord Gulbuddin Hekmatyar, in a siege that inflicted thousands of civilian casualties.

Rabbani was forced from power in 1996 by the Taliban movement of “Islamic Students”, who helped restore order after the years of fighting which had decimated the city.

But their strict interpretation of Islamic law meant Rabbani held onto his status as the UN-recognised leader of Afghanistan.