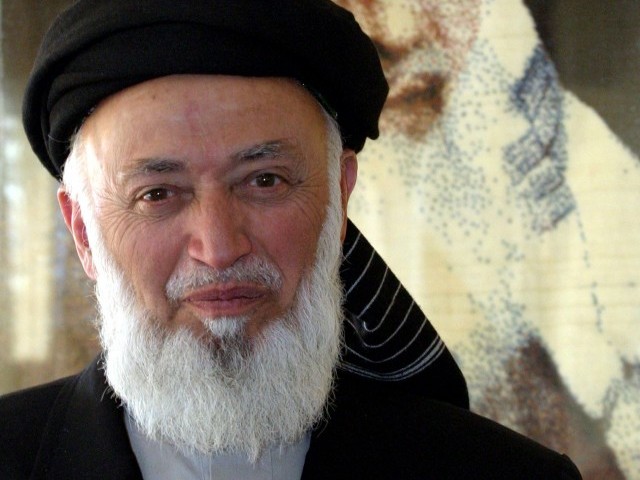 Afghanistan's former president Burhanuddin Rabbani smiles during an interview with Reuters in Kabul in this November 1, 2004 file photograph. Rabbani, the chairman of Afghanistan's High Peace Council, was killed in an attack on his home in Kabul on September 20, 2011. PHOTO: REUTERS

Former Afghan president Burhanuddin Rabbani was assassinated in his home in Kabul on Tuesday by a Taliban insurgent who set off explosives concealed in his turban, wounding a key presidential adviser and dealing a body blow to Kabul’s reconciliation process with the Taliban.

Rabbani was heading the 68-member High Peace Council set up in October 2010 to build contacts with the Taliban.

His death is the most high-profile murder since the 2001 US-led invasion ousted the Taliban from power and comes just two months after Karzai’s brother Ahmed Wali Karzai was also killed.

It also comes just a week after a 20-hour siege by the Taliban at US embassy and Nato headquarters in the supposedly secure zone of Kabul.

The attackers arrived at Rabbani’s house in the Wazir Akbar Khan neighbourhood with Mohammad Massom Stanikzai, a top adviser of President Hamid Karzai and Rabbani’s deputy, for a meeting before the turban bomber detonated his explosives.

A member of the High Peace Council, Fazel Karim Aymaq, told The Express Tribune the men had come with “special messages” from the Taliban and were “very trusted.”

“They told the peace council that they would deliver a message from the senior Taliban leadership,” he said. Another Afghan official Wahedyar had also informed Rabbani that a group of Taliban members wanted to meet him to discuss the reconciliation process. He said the security officials did not check the Taliban members as they were considered special guests.

Kabul criminal investigations chief Mohammad Zaher confirmed the account and said that “Rabbani was martyred and four others including Massom Stanikzai were injured.” However, the Afghan interior ministry spokesperson said Stanikzai’s wounds were not life-threatening.

The bomber was killed while the injured accomplice was arrested, a source close to Rabbani who spoke on condition of anonymity said.

The Taliban claimed responsibility for the attack. “Yes, we carried out the attack under a well-organised plan,” Taliban spokesman Zabiullah Mujahid told The Express Tribune in an email.

“Two of our men went to meet Rabbani at his residence. One of them approached Rabbani to hug him and exploded his bomb,” Mujahid said. “Rabbani was killed at the scene,” he said, adding that four of his bodyguards were also slain in the attack.

Arsala Rahmani, a peace council member, confirmed that Stanikzai and another official Wahedyar were present at Rabbani’s residence when the bomber struck.

Rabbani was in Dubai when he was asked by his colleagues to return to Kabul to meet some Taliban who were ready to reconcile. Rahmani, a former deputy education minister, had accompanied Rabbani to Tehran to attend a conference on ‘Muslim awakening’ last week. “We were eight people from Afghanistan, including Professor Rabbani, myself and Stanekzai,” Rahmani told The Express Tribune by phone from Kabul.

“All of us returned to Kabul, except for Professor Rabbani who went to Dubai,” Rahmani said without elaborating. Rabbani had returned from Dubai on Tuesday and despite his busy schedule he agreed to receive the Taliban members shortly after his return.

Afghan parliamentarian Huma Soltani said that Rabbani’s assassination shows that the Taliban don’t trust the peace council. “They wanted to send across a message that the Afghan high peace council cannot restore peace to Afghanistan,” Soltani told The Express Tribune. She renewed her offer for negotiating peace with the Taliban.

Rahmani called Rabbani, a Tajik by ethnicity, “an elderly religious scholar, a former jihadi commander, a political leader and a unifying figure in the ethnically diverse country”. He dubbed Rabbani’s death a huge loss and a serious setback to ongoing peace efforts in Afghanistan. According to him, Rabbani set up peace councils at provincial levels and was poised to approach the Taliban’s senior cadre.

Rahmani reckons that Rabbani’s death would not derail the peace process. “It’s undoubtedly a huge loss, but I don’t think this will halt our march towards peace and reconciliation,” he added.

However, a senior diplomat in Kabul called Rabbani’s death a blow to the peace efforts. “The killing of Rabbani is a serious blow against President Karzai and the government’s peace and reconciliations efforts,” the diplomat told Reuters.

But a former Taliban foreign minister and now a member of the peace council did not agree either with Rahman or the diplomat. “How can Rabbani’s death affect peace talks which haven’t kicked off at all?” asked Maulvi Abdul Wakil Mutwakkal in remarks to The Express Tribune.

(With additional input from news wires)