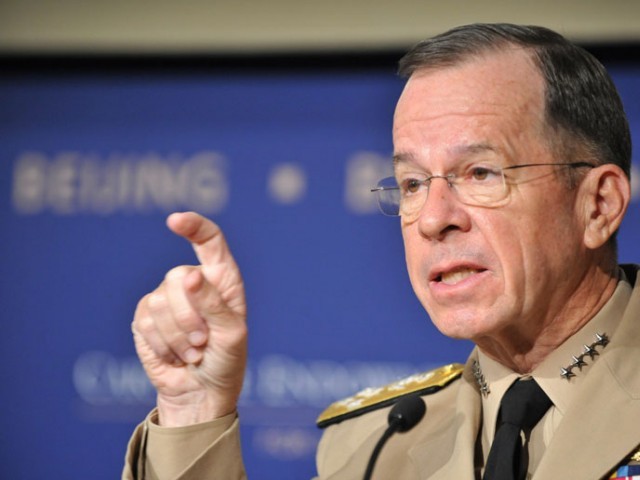 Days before he retires as Chairman of the Joint Chiefs of Staff, Admiral Mike Mullen has said that Pakistan’s premier intelligence agency has been supporting ‘proxies’ as a strategy.

Addressing the audience at the think-tank Carnegie Endowment for International Peace, Mullen adopted a critical tone and focused on the Inter-Services Intelligence agency’s (ISI) links with proxies in the regions, which he said was part of their strategy. “The ISI has to make this decision to strategically disengage. They have been supporting proxies for an extended period of time,” he said. “The Haqqani piece of this has got to be reversed.”

He said that he had met General Kayani for four hours in Seville, Spain, on September 16 on the sidelines of the Nato conference, where they discussed the Haqqani network.

When asked if General Kayani had given him a commitment on action against the Haqqani network, Mullen evaded a reply by saying that he had managed to protect his relationship with Kayani by not talking in detail about what was discussed in their meetings. “We have a very close relationship … the strength of the connection is what is important so that we can get through hard times.”

In response to a question about US assistance with helicopters for Pakistan, Mullen said that while the US had provided a large amount of military equipment to Pakistan and had focused on helicopters, he did not believe there was a direct link between improving Pakistan’s helicopter fleet and an operation in North Waziristan.

Speaking about India and Pakistan, Mullen said there was a need to understand what Pakistan’s interests were. He added that Pakistan believes India is an existentialist threat to it, but “solving Kashmir unlocks the whole place,” and was the path for long-term solutions.

Meanwhile, addressing a press conference at the Pentagon, US Defence Secretary Leon Panetta said that Pakistani officials must exercise control over their country’s border to tackle the Haqqani network. “The network cannot be allowed to cross the border, attack troops in Afghanistan and then cross back into Pakistan through the border.”

Referring to Mullen’s recent meeting with Kayani, Panetta said that “we think they (Pakistan) have heard the message.”