Jan says that due to Nation­al Judici­al Policy, large number of cases were dispos­ed of.
Published: September 19, 2011
Tweet Email 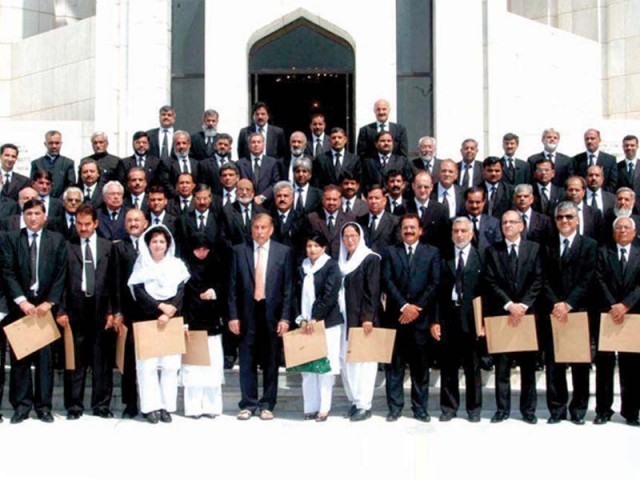 ISLAMABAD: Senior judge of the Supreme Court Justice Mian Shakirullah Jan on Saturday said, “After restoration of the independent judiciary the responsibility of bench and bar has increased and now both will have to work hard to ensure speedy justice”.

He was addressing lawyers at the ‘18th Roll Signing Ceremony’ of newly enrolled advocates of the apex court in its building on Saturday.

Around 65 Advocates, including 33 from Punjab, 10 from Balochistan, 21 from Khyber-Pakhtunkhwa, and one from Islamabad, signed the roll in front of Justice Mian Shakirullah Jan. In his address, Jan said that due to the National Judicial Policy, a large number of cases have been disposed of.

Commenting on the issue of corruption, Jan said the country’s judicial system provided no room for corruption, due to which many judges from the lower judiciary had been sacked.