Amir ought to have come clean sooner: Afridi

Amir ought to have come clean sooner: Afridi

Afridi said that it remain­s to be seen who had entrap­ped Amir into commit­ting spot-fixing.
Published: September 18, 2011
Tweet Email 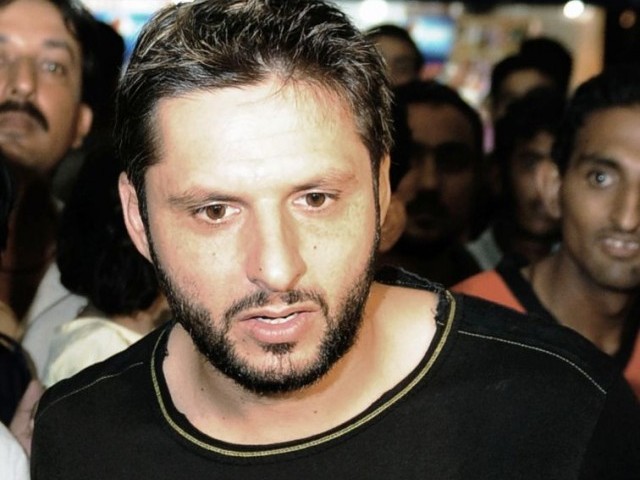 Afridi says it remains to be seen who were the people who entrapped Mohaamd Amir into spot-fixing. PHOTO: AFP/FILE

KARACHI: Former Pakistan cricket captain, Shahid Khan Afridi says that Mohammad Amir ought to have come clean sooner about his involvement in a spot-fixing scandal which has embroiled the young fast bowler along with two other Pakistani cricketers for over a year.

Mohammad Amir, a young and upcoming prospect for Pakistani cricket had found himself in the midst of a spot-fixing scandal last year when he was on tour with the Pakistan national team. A sting by the now defunct News of the World news papers showed a bookie taking money from an undercover reporter for having certain bowlers in the Pakistan ranks deliberately bowling no-balls on pre-specified deliveries. Amir, along with other accuses, Mohammad Asif and Salman Butt had for long pleaded innocence. However, Amir came clean during a court hearing on Wednesday, submitting a written statement confessing to the charges labelled against him.

Afridi, who himself has faced controversy in cricket after being found guilty of biting down on a ball in February 2010 with a swift two T20 match ban. Afridi had already been in strife for ball tampering, suspended for one Test and two one-dayers in 2005.

Afridi further said that it remains to be seen who had entrapped Amir into committing this act and who all were his accomplices.

Afridi went on to talk about his own career, saying that he could not continue playing under the coach (Waqar Younis) who had been giving the former skipper problems. Though, Afridi maintained that conditions had since (his departure from the team) improved and he wished to continue playing cricket.

He also congratulated the Pakistan cricket team on their success in Zimbabwe.

Pakistan cricket all-rounder Abdul Razzaq echoed the sentiments of Afridi saying that Amir ought to have confessed his involvement much earlier.

Razzaq said that it is now up to the ICC and the Pakistan Cricket Board to decide what punishment Amir would have to face for his actions.