A divisi­on bench of the Sindh High Court (SHC) ordere­d the police to provid­e protec­tion to two marrie­d couple­s on...
By PPI
Published: July 2, 2010
Tweet Email 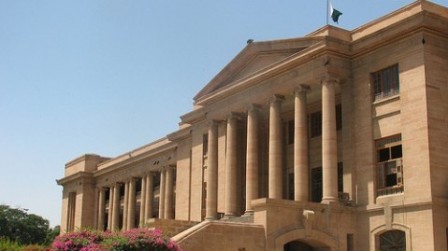 KARACHI: A division bench of the Sindh High Court (SHC) ordered the police to provide protection to two married couples on Thursday.

According to 19-year-old Babli, she had eloped with Mir Hassan Sheikh from Sukkur and married him on her own free will. However, her family lodged a false criminal case of kidnapping against Sheikh in Sukkur. She claimed that the family had declared him as karo kari and were looking to kill him. The police were conducting raids to arrest them. She asked for an end to the false criminal proceedings against her husband and asked for protection from her family and the police.

In another case, 27-year-old Sambreen claimed that her family forced her to marry an old man but she had left home and married Shahid Hussain instead. She stated that her father had lodged a fake case of kidnapping against her husband. The police were now harassing them. She asked for an end to the alleged case and asked the police to provide them protection.

In both hearings, the SHC issued notices ordering for the protection of the petitioners and their husbands.

The dark recesses of the human mind