The mega draina­ge projec­t of Sukkur, which was expect­ed to be comple­ted by Decemb­er 2009, is still lying incomp­lete.
Published: June 30, 2010
Tweet Email 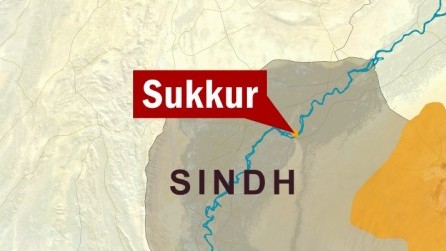 The mega drainage project of Sukkur, which was expected to be completed by December 2009, is still lying incomplete and many key roads of the city, which were dug for laying drainage pipelines for the purpose, are in a shambles. Unsurprisingly, accidents and huge traffic jams have become a matter of routine.

The project, meant to replace the decades-old collapsing drainage system of the city, was started in 2005 with an estimated cost of Rs500 million.

The project, which was supposed to be completed by December 2009, is far from complete for a variety of reasons. For one thing, no project director has been appointed so far. Payments to contractors are slow and the contractors keep changing. As the work is still lying incomplete, the residents of Sukkur are facing the curse of traffic snarl-ups and accidents, because after the digging only half the road is left open for traffic. Even today, drainage pipeline is not laid at many places of the city and the roads are left open, resulting in hardships to citizens.

This state of affairs in the city is despite the fact that all elected representatives of the district, including MNAs, MPAs and Senators, belong to the ruling party. Then why, the residents wonder, Sukkur is being given step-motherly treatment.

“This is sparking a sense of deprivation among the public,” one resident said.

World has no objections to the pact: Qureshi