Catch up with what’s going on in the lives of your favour­ite stars.
Published: September 6, 2011
Tweet Email 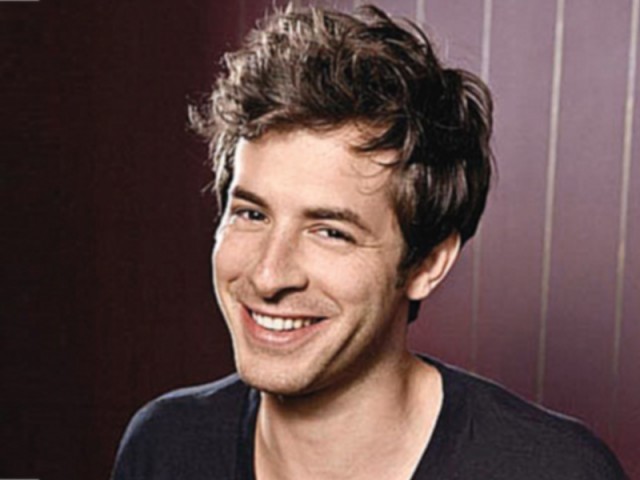 Mark Ronson and Adele both had something to celebrate this week. PHOTOS: FILE

This week, we’re catching up with celebs unwinding, celebrating, and sharing their body-image views: Mark Ronson toasts Amy Winehouse at his wedding, Beyonce Knowles invites Gwenyth Paltrow on to her massive luxury yacht, and “Rolling in the Deep” singer Adele speaks out against obsessing over one’s weight and figure in an interview with Vogue.

Set within the rustic environs of the southern French countryside, the two-day nuptial ceremony proved to be an elegant and classy affair, attended by a deluge of glitterati the likes of British pop sensation Lily Allen, models Kate Moss and Irina Lazareanu, and Charlotte Ronson, fashion designer and grooms sister.

During the fete, the pair,  who met in 2009, paid homage to singer Amy Winehouse’s memory, toasting the “Rehab” star.

On Tuesday, the bodacious Beyonce Knowles celebrated her 30th birthday on a yacht in Venice, Italy with her husband Jay Z. She invited her close friend actor Gwenyth Paltrow to join in on the festivities. Paltrow, 38, was seen handing a birthday card to Knowles on deck. Additionally, the actor couldn’t arrive at a better time to advice some much needed advice on child-bearing: Knowles who recently announced her pregnancy. Given Paltrow already has two children, the two will have a lot to discuss and catch up on. For the party proper, dozens of guests climbed aboard the luxury boat, including famous jazz/soul singer Eyrkah Badu.

Meanwhile, and on a more serious note, singer Adele, 23, defended her full figure in for an intimate interview with Vogue. Adele, who has always been on the voluptuous side, took a series of breathtaking portraits for the magazine and said, “I enjoy being me; I always have.” So while other actors and singers are obsessed with their public image and respective figures, Adele makes absolutely no apologies for her body-type.

Also important to note that the singer surrounds herself with the sort of people that only reinforce her sense of confidence and ease with her body as opposed to making her feel bad about it: “It’s just never been an issue — at least, I’ve never hung out with the sort of horrible people who make it an issue. I have insecurities of course, but I don’t hang out with anyone who points them out to me.”

According to the Daily Mail, Adele is not at all interested in being the ‘face’ of any brand, no matter how lucrative the offer:  “I don’t want to see me plastered everywhere,” she says, adding, “If they offered me £10million, [I’d be like ‘get lost’]. Besides, if I was going to be the face of anything it should be the face of full-fat Coke.”

Make them stare at your hair