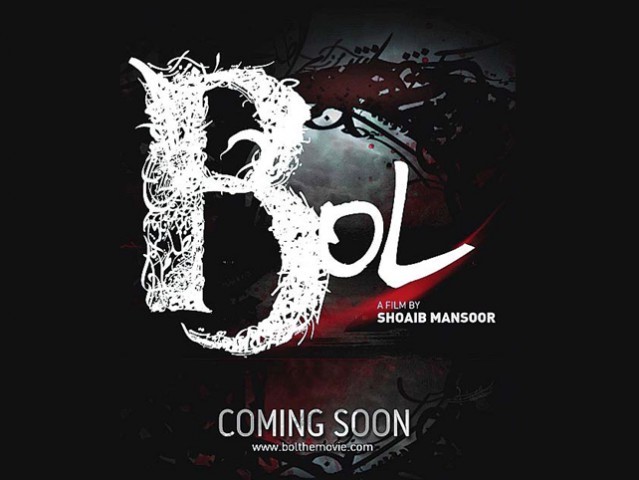 Bol's release was highly anticipated in India after it was announced earlier this year that it would be releasing this EId.

The film, which is the first by the talented director after his critically acclaimed and award-winning Khuda Kay Liye (2007), released in India on August 31 as planned.

According to IANS film critic Satyen K. Bordoloi, who gave Bol a generous 4/5 stars, said that it was embarrassing to see a Pakistani film ‘eclipse’ most commercial Indian films, especially considering the fact that compared to India, Pakistan produces a handful of films annually.

He added that Mansoor deals with issues such as women’s emancipation, trans-sexualism, right to education and religiosity with care and makes the audience feel for each issue.

Bordoloi said that the Indian audience could easily relate to the film, referring to female infanticide in India, adding that in it there lies a message for us all, to speak out against oppression, be it in the political sphere or the personal.

The only flaw in the movie according to the critic was that the melodrama got ‘overbearing’ sometimes.

Taran Adarsh of India’s popular cinema portal ‘bollywoodhungama.com’ and one of India’s most respected film critics gave the film a 4/5 too.

“A courageous film that has the guts to expose issues plaguing the society. It raises questions, challenges the age-old customs and mirrors a reality most convincingly. A brilliant film embellished with bravura performances. Not to be missed!”

According to indiaglitz.com, Indian veteran actor, Naseeruddin Shah,was reported to have said that he wished he was a part of the film. Having worked earlier in Mansoor’s Khuda Kay Liye, making a brief yet powerful appearance in the movie,  Shah was offered the role of ‘Hakim Sahab’ but had to refuse due to date issues. Shah termed the film as powerful and was eager to show it to his friends and family too.

Earlier this year, when the film released on June 24 in Pakistan, was declared a super hit despite receiving mixed reviews , as it had received a tremendous opening.

Khuda Kay Liye was the first Pakistani film to be officially released in India after many years, and Mansoor was confident that Bol would also hook the Indian audience.

Bol features the talents of Humaima Malick, singing sensation Atif Aslam, VJ Mahira Khan and model-turned actor Iman Ali, along with many other popular Pakistani actors. The film tells the tale of a girl who and challenges the age-old societal norms of treating women as the lesser sex. Based in Lahore, the film aims to highlight the plight of women, who are often treated as burdens by a large percentage of society. The movie also treads no-go areas like homosexuality and the life of eunuchs, in addition to talking about Shia-Sunni dynamics.