Book review: Frontier of faith - land of the ‘free’

Book review: Frontier of faith - land of the ‘free’

Focusi­ng on the period from 1890 to 1950, the book highli­ghts the intrin­sic indepe­ndence of the tribal areas.
Sunday Magazine Feature
By Zehra Abid
Published: September 4, 2011
Tweet Email 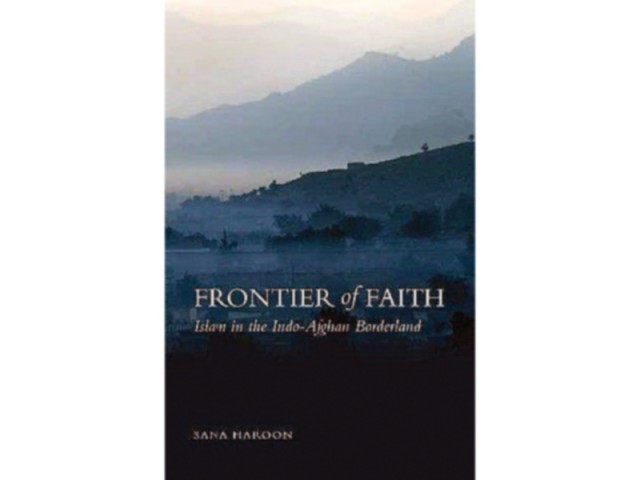 Don’t let the attractive title and cover fool you — Sana  Haroon’s Frontier of Faith, which examines the importance of religious movements in the historically independent tribal areas, may be exhaustively researched but it is also a tediously academic read.

Focusing on the period from 1890 to 1950, the book highlights the intrinsic independence of the tribal areas that could not be incorporated into the ‘settled’ society of British India. As early as 1868, the tribal region was referred to as “Yaghistan” (land of the free). While travelling to the area, a colonel from the Indian Army described the region as a “forbidden land…where no Englishman had ever been…It was impossible to go inside” he wrote, “and if you did your bones would be left there.”

The book perpetuates a stereotypical image of the area, insofar as it makes religiosity seem like an innate characteristic of the tribal people. Haroon gives an extensive account of the ‘pirimuridi’ (relationship between teacher and disciple) line and the various systems of Sufi practice before moving to a description of the shift away from Sufi methods to a ‘standardised’ teaching of the Quran. The local ‘mulla’ (cleric) is shown to have a pivotal role in the functioning of the region and exercises supreme authority over the area’s tribesmen. Anecdotal evidence cited in the book shows the power of religious leaders to completely alienate people from society to the extent that if a person was ostracised, he could not even be helped for burying the dead.

Discussing the regional movements by the Pakhtuns in the 1930s, the book progresses to the latter part of the decade when the region’s independence was recognised by the All India Muslim League. This led to the support of the League in the tribal region and anti-Hindu sentiment rose among people. After partition in 1947, as news of mass killings between Sikhs, Hindus and Muslims reached the tribal region, the Pakhtuns reacted by invading Kashmir on October 22, 1947. The author believes that the invasion was more a result of a lack of resources in the tribal areas as opposed to resentment towards Hindus. However, in order to thank the tribes for their mobilisation into Kashmir, Mohammed Ali Jinnah decided to withdraw all signs of an army presence from the region and made them semi-autonomous.

Frontier of Faith makes no pretension of having been written for pleasurable reading. Merely a few pages into the first chapter, one is inclined to put the book away. The author includes details that would be better left in a PhD thesis, and it is often difficult not to lose track of specificities when various people are introduced in one paragraph. That one keeps on reading, despite all of this, goes to show just how relevant and interesting the subject of religion in the tribal areas is right now. Unfortunately though, the purely academic style of writing makes reading till the end a wearisome task.

10 things I hate about Pakistani television