A man is known by the company he keeps!

A man is known by the company he keeps! 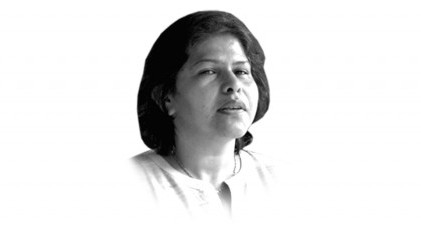 The writer is author of Military Inc. and a visiting professor at Johns Hopkins University, US (ayesha.siddiqa@tribune.com.pk)

General McChrystal’s infamous interview in which he castigated his country’s political management has shocked a lot of people in the US. People are wondering what might have prompted him to do so. While complex issues are being raised, no one dares mention that the partnership with Pakistan’s military and its generals might have rubbed off on the US commander who is now sacked.

The fact of the matter is that military commanders all over the world are dissatisfied with civilian leadership. Civil and military cultures are distinctly different. Military commanders, even in the best of democracies, can privately make fun of their civilian leaders and ridicule them privately for not showing discipline and a sense of leadership that is known amongst military circles. However, one of the factors which make one military different from the other is the dominant political culture. According to civil-military relations expert Peter D Fever’s principal-agent theory, a proactive civilian leadership ensures that the military stays in line. A leadership that allows its military commanders to go unpunished for their acts of omission or commission, as had happened when Mohammad Ali Jinnah failed to punish his top army generals for act of disobedience, sets a tradition of a powerful political military.

However, there are two other factors which play a critical role in shaping civil-military relations. Unfortunately, academic literature on the subject has not factored in these variables and the manner in which it impacts civil-military balance in a country.

The first factor relates to socio-cultural conditions. Societies that are highly militarised face problems in keeping the civil-military balance. Wars and conflict set a pace for the national psychology. Since it is military commanders who are seen as fighting the battles and on the frontline, they become more acceptable to the society as leaders. Wars tend to weaken political traditions. So, on the one hand wars are theoretically meant to ensure peace, stability, and, hence prosperity. On the other hand, they gradually challenge civilian control and increase internal stability.

The US has experienced wars since the 1990s starting with the first attack on Iraq. The hype regarding these wars were meant to draw public support necessary to seek approval for obtaining financial resources. Nevertheless, it seems to have increased the content of militarisation of society. This means that a civilian president has to be as hawkish as a military commander. While the underprivileged US may crave for a change, a militarised America has built an inner capacity for a Bush-Cheney kind of leadership but surely there are other factors as well.

The other factor, which the academia has not grappled with, is the expansion of the role of the military and its impact on civil-military relations. The growing economic power of the security sector vets a military commander’s appetite for organisational autonomy. Although private security companies and projects are theoretically for the welfare of soldiers, the net effect is to develop a sense of autonomy which is dangerous for the military.

Therefore, McChrystal’s statement is not an anomaly. He seems to have consistently challenged the US President starting with his statement during an earlier London conference. Political traditions allowed Obama to fire his commander. However, he must focus attention on the fragility of the evolution of the political culture which allowed the commander to challenge the writ of the civilian leadership and the Congress. McChrystal’s latest interview was an attempt at redefining policy.

So, a question which American analysts might ask themselves is: what would happen if a Cuban missile crisis were to take place in the US today? The military’s organisational autonomy and its cultural implications in particular may not throw up a decision which John F Kennedy was able to take.