“I feel watching Morocco reach the semi-finals was like seeing ourselves win, I think no other Muslim country has done what they did and that made us proud, but for the final there will be a tough competition between Argentina and France,” Shumaila Abbasi, a teacher and a vibrant character of the World Cup screening and celebrations reflected on the football-filled month.

The 27-year-old has been one of the leading members to direct the youth coming from the fishermen community and the surrounding areas of Ibrahim Hyderi that is a picture of resilience and a stellar example of how the beautiful game connects people across the globe.

“When Morocco was playing, and it progressed to the knock-out rounds then to the quarter-finals we didn’t really have its flags,” Shumaila told The Express Tribune. “It is easier to get the flags of Brazil, Argentina, France and other countries, but there were no flags of Morocco, so me and the girls, who are also taking part in the sports came together to make the flags, and we made around 25 of them. 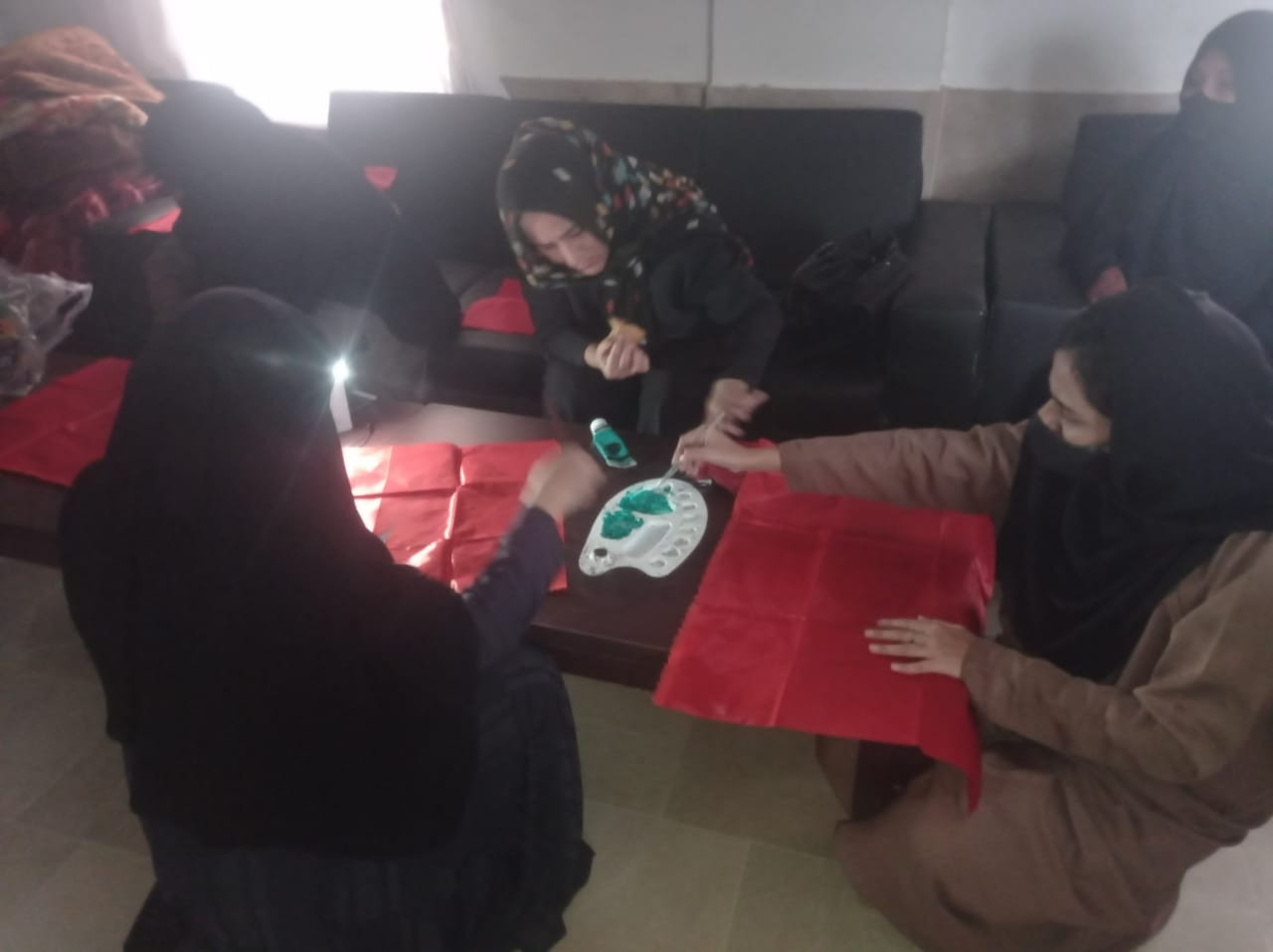 “We kept making the flags and painting the pictures of the players even though we do not have electricity in the area most of the time, we do it with emergency lights and torches.”

The screening is taking place at the 54-year-old Baloch Mujahid Football Stadium, an iconic venue that has been under renovation by the World Bank Group for the last six months, and it will take more months for football activities to begin at the ground.

But Shumaila explained that football fields are mostly dominated by males and seldom women get the chance to be on the field in the same manner; however the trend is changing and the girls who are under training at the vocational centre and the non-formal education centre are more interested in football.

The stadium is a venue that helps the local football community and the Baloch Mujahid Football club players who have been generational supporters and fans of the club, but also Karachi’s football eco-system as it has hosted many major all-city events in the past.

During the screenings, the club caretakers and officials who are young and energetic like Mehran work as volunteers to make sure the football culture is promoted in a more organised way. 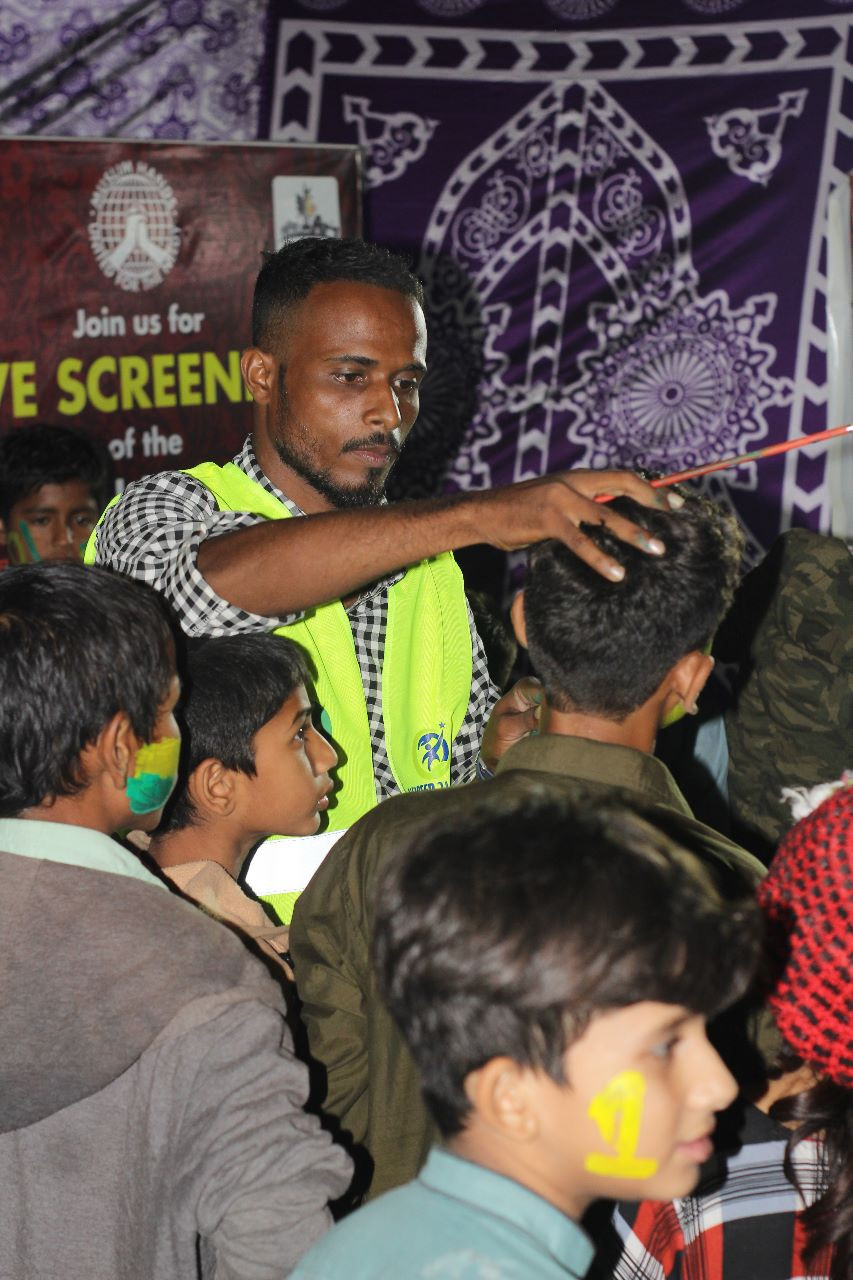 While success stories like that of Mehr Ali, who was a part of Pakistan’s first ever Street Child World Cup team that won bronze in Brazil in 2014 before the FIFA World Cup in Rio is also coming back to his roots. Ali is now a member of the departmental side for Army, and he is certainly an inspiration for the footballers in Ibrahim Hyderi.

For now, the youth is the focus of the screenings who work at the factories in the surrounding industrial areas for 12 to 14 hours a day on meagre wages and the fishermen community that must make ends meet in the harshest of the conditions at the sea, particularly in the wintry weather of December.

The tournament’s favourite had been Brazil but since the five-time world champions bowed out in the quarter-finals for the fourth time in the last five World Cups, the fans have been lost and confused.

When Brazil lost on penalties to Croatia in the quarter-finals, youth like nine-year-old Mahroz and 11-year-old Atif were among hundreds of other young fans at the venue who were disappointed as they were cheering for the team in yellow and blue.

“I think after Morocco we are all very divided between Argentina and France. I am supporting France because they won last time,” said Shumaila.

While Nadir Salim Khan, who has been organising the screenings particularly for the children coming from humble backgrounds and the old and young fans, feels that they will be clashing as the older generation is mainly backing Argentina while France is a favourite because of Kylian Mbappe. 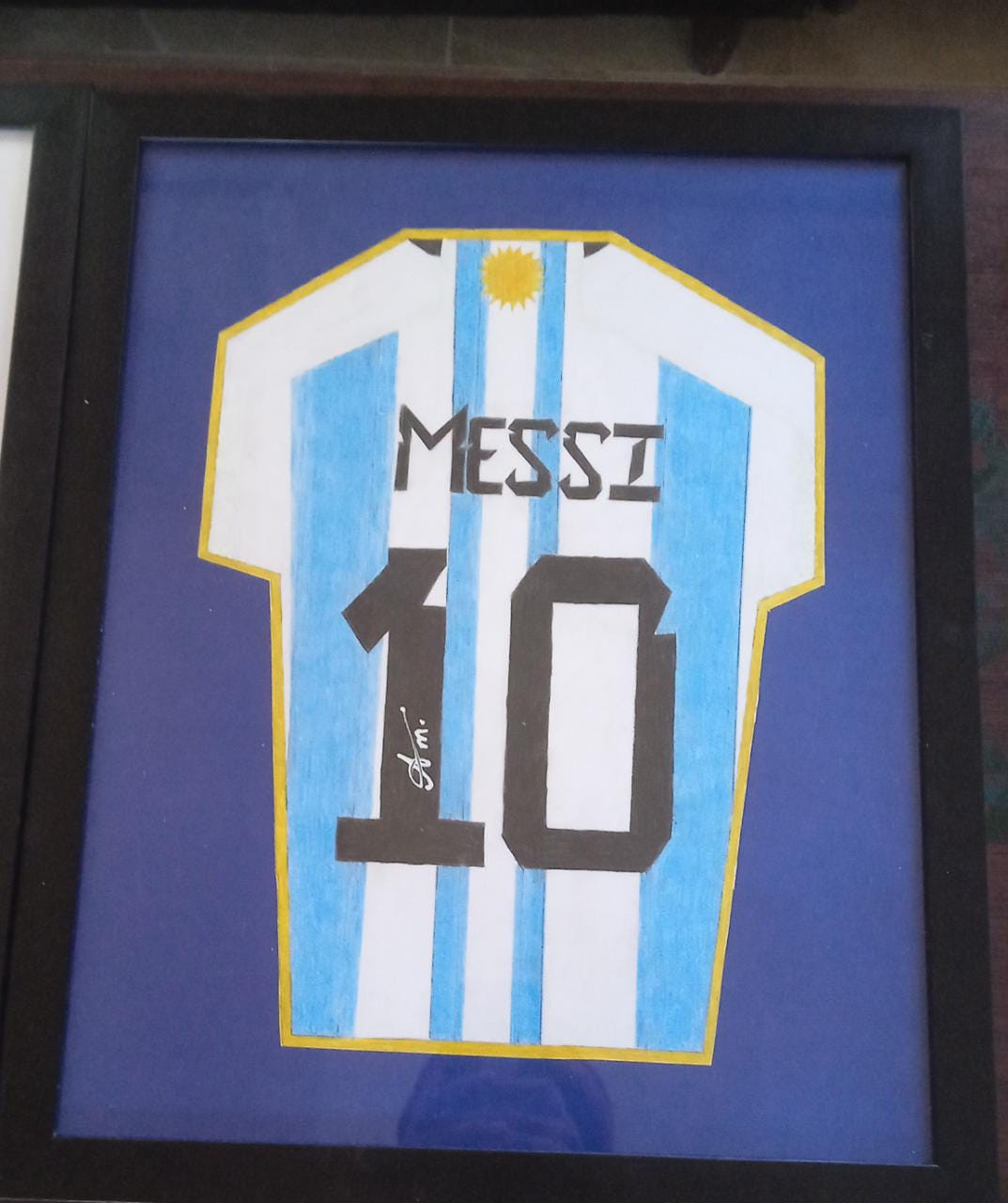 “There is a lot of passion for football in the community and we can see a clear divide, and a great one too. I see these children and even the older people who have been coming to the screenings, they spend two to four hours here despite the cold weather, and it does become a bit of an escape for all from the tough lives where they don’t know when the next meal will be, or how harsh the factory conditions have been, and in all of this football has been a glue to keep them hanging on. This has been a collective activity through which they find joy and heal a bit, most of the time there is no electricity for the residents here either, so the screening has become a central fixture with football being the force that unites us all,” said Khan, who has been working for Muslim Hands Foundation.

The screenings have been happening under Prime Minister Youth Program and Muslim Hands Foundation for the past several weeks.

Meanwhile the talented children in the community have been painting pictures of Lionel Messi’s jersey and the famous celebration of Moroccan midfielder Sofiane Boufal with his mother when they qualified for the semi-finals. 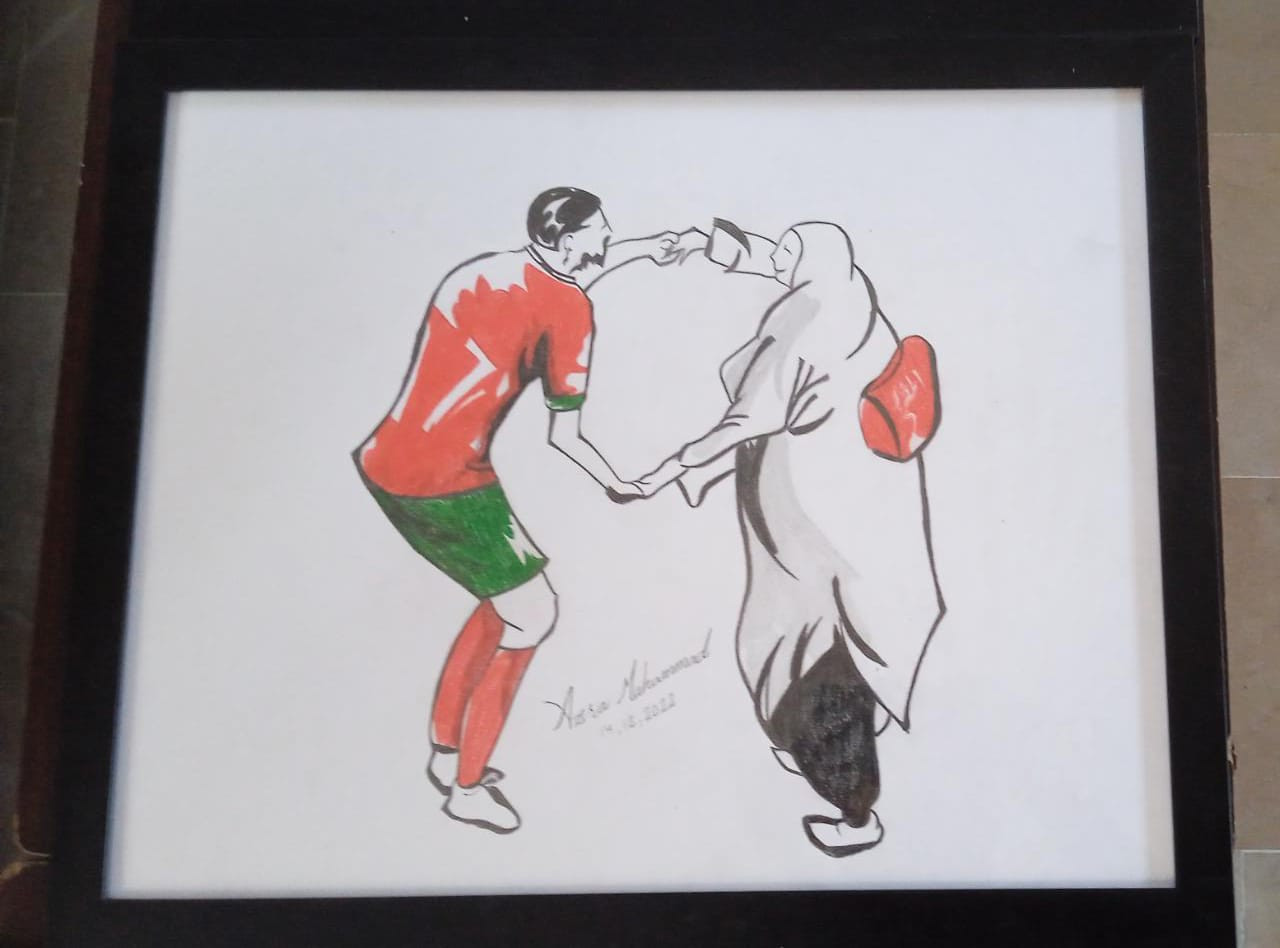 But apart from the World Cup, Khan revealed that for the first time Baloch Mujahid Stadium will have a separate enclosure for women to participate in the sport and that is giving hope to many in Karachi's football community as girls from Korangi and other areas can also use the venue for the women’s sport in the future besides the youth of Ibrahim Hyderi.

Expectation soaring in Argentina ahead of World Cup final

A World Cup that defied all expectations