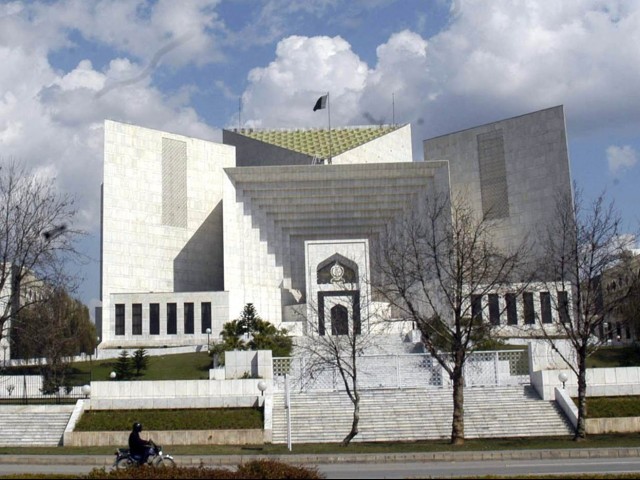 The chief justice said on Wednesday the government has failed to protect the life and liberty of citizens in the face of unabated violence in Karachi in violation of constitutional guarantees which has necessitated suo motu action.

Chief Justice Iftikhar Muhammad Chaudhary said that the news streaming from Karachi presents a dismal picture of bloodshed, arson, abduction for ransom, widespread violence and extortion, which are violative of Articles 9, 14, 15, 18 and 24 of the Constitution. The Supreme Court (SC) has issued notices to the attorney general to appear before the court and submit a comprehensive report on incidents of violence in Karachi in the last three months.

The chief justice observed that prima facie, the executive has failed to protect the life, liberty, dignity, property and freedom of the general public, as is manifested in the reports. He has ordered that the note addressed to him by the SC’s human rights cell on the issues bedevilling Karachiites be converted into a petition under Article 184(3) of the Constitution. The case has been fixed for hearing on August 26.

A five-member special bench headed by the chief justice comprising Justice Shakirullah Jan, Justice Nasirul Mulk, Justice Tariq Parvez and Justice Ghulam Rabbani has been constituted to hear the case. The apex court took notice on an appeal for intervention by Allama Tahirul Qadri published in a newspaper.

Television channels have submitted discs of footage on Karachi violence demanded by the apex court.

The human rights cell has noted that the risks citizens face most significantly relate to the security of their lives and property and the high prevalence of street crime while the police and Rangers stand by like mere spectators. Top government functionaries are callously viewing the situation with no inclination to maintain the writ of the state, reads the note.

Divergent views have been expressed by observers, analysts and anchorpersons about the causes of
violence.

Some people believe political parties including the MQM, PPP and ANP have resorted to clashes and target killings to establish their hegemony whereas others attribute the escalation in violence to interference by foreign powers like America, Israel and India to prove that Pakistan is a failed state in spite of being a nuclear power.

The human rights cell has reported that the brutality and heinousness of the offences, nefarious and bloody activities of land mafia and drug mafia, damage to valuable properties of the citizens resulting in flight of capital from Pakistan to Malaysia and Bangladesh.

Burial of victims of Karachi violence in their hometowns has sparked fear and harassment amongst people all over the country provide substantial evidence that Karachi has reached the verge of destruction threatening Pakistan’s stability.