Dozens pass out after chemical leak at India meat factory

The Asian Development Bank will approve funding of over $2 billion to support Pakistan’s post-flood relief and resilience activities by end of the current year, ADB Director General for Central and West Asia Eugene Zhukov told a virtual press conference from Manila on Thursday.

Expressing sympathies and grief over the huge devastation caused by the recent floods and torrential rains in Pakistan, he said that the ADB had already provided a $3 million grant for the immediate purchase of relief goods such as food supplies and tents.

The press conference was arranged as part of the 55th annual meeting of ADB. 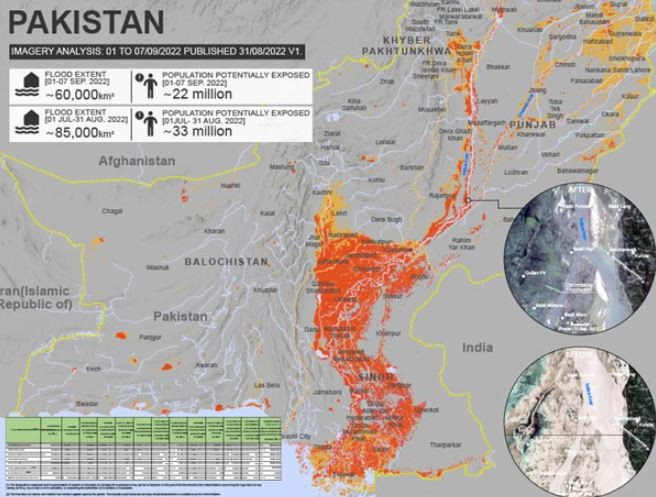 Zhukov said that the ADB is also aiming to mobilise a $500-$700 million package for the much-needed immediate relief assistance, early recovery and rehabilitation, and reconstruction assistance. He said the package would be approved by the end of the current year.

“The ADB is processing another $1.5 billion countercyclical support to mitigate the impacts of rising food prices and other external shocks on the poor and vulnerable in Pakistan”, he added.

He said that ADB was providing unprecedented support of $100 billion to deliver climate financing to its developing member countries from 2019 to 2030.

Responding to a question with respect to the post-flood relief and resilience measures in Pakistan, Zhukov said: “We are working in close collaboration with the local government and other international development partners to finalise the damage needs assessment that might be finalised by mid of next month”.

He said that in the agriculture sector yields for major food crops (wheat, rice, and maize) in the CAREC region have declined by 3%-10%.

Disasters are increasing in intensity, as seen in recent flooding in Pakistan, he said, adding that 33 million people were affected, 1.7 million homes have been damaged and over 600,000 people were in relief camps.

Earlier in a press conference at the beginning of the annual meetings, ADB President Masatsugu Asakawa said: “To reach this $100 billion ambition we are exploring the opportunities for investments in climate change mitigation, scaling up adaptation projects that focus on resilience and increasing climate financing."

He said that the ADB‘s ambition was also to provide at least $34 billion out of $100 billion on climate adaptation financing by 2030.

He said that the grant, financed by the Asia Pacific Disaster Response Fund (APDRF), would help fund the immediate purchase of food supplies, tents, and other relief goods to support flood victims across the country.

About the unprecedented devastation in Pakistan, he said that the bank was aware of the sufferings of people and was committed to helping Pakistan overcome the devastating impact of this natural disaster and provide immediate relief to affected families.

He said that he had assured the Pakistani leadership and the people that the ADB stood with the government to build resilient infrastructure for climate change and there were a couple of other channels with which the bank would work to not only support food security and reconstruction efforts over the long run besides more general financial support to deal with challenges caused by Russia-Ukraine war, commodity prices and international financial crisis.

Govt asked to seek compensation, not aid for flood devastation

Transparency demanded in use of flood relief funds