Lawsuit dismissed against the creators of 'The Unofficial Bridgerton Musical'

More than 730 detained in anti-mobilisation protests across Russia

People visit a polling station located in the Don State Technical University on the second day of a referendum on the joining of Russian-controlled regions of Ukraine to Russia, in Rostov-on-Don, Russia September 24, 2022. PHOTO: REUTERS
MOSCOW:

More than 730 people were detained across Russia at protests against a mobilisation order on Saturday, a rights group said, three days after President Vladimir Putin ordered Russia's first military draft since World War Two for the conflict in Ukraine.

The independent OVD-Info protest monitoring group said it was aware of detentions in 32 different cities, from St Petersburg to Siberia. 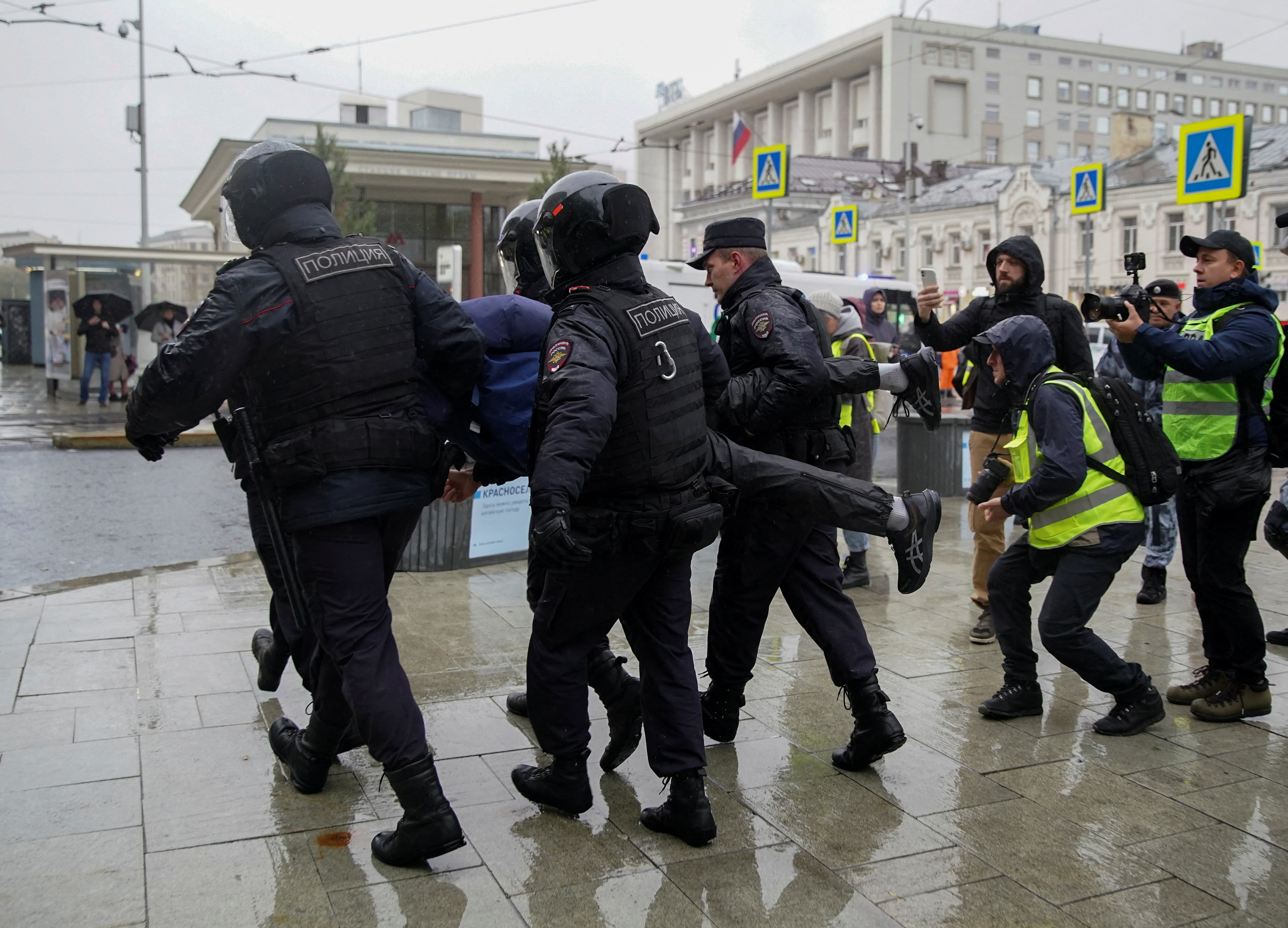 Russian law enforcement officers detain a person during a rally, after opposition activists called for street protests against the mobilisation of reservists ordered by President Vladimir Putin, in Moscow, Russia September 24, 2022. REUTERS

Unsanctioned rallies are illegal under Russian law, which also forbids any activity considered to defame the armed forces.

"Do you want to be like me?" read a placard held by a woman in a wheelchair at a rally in Moscow.