'75% consumers' to get relief in bills

Water arriving downstream from north is expected to enter province over the next few days, says Murtaza Wahab

Sindh braced for more flooding on Thursday as a surge of water flowed down the Indus river, compounding devastation in the country, a third of which is already inundated by a disaster blamed on climate change.

Record monsoon rains and melting glaciers in northern mountains have triggered floods that have killed at least 1,191 people, including 399 children.

The military said on Thursday it had evacuated some 50,000 people, including 1,000 by air, since rescue efforts began. 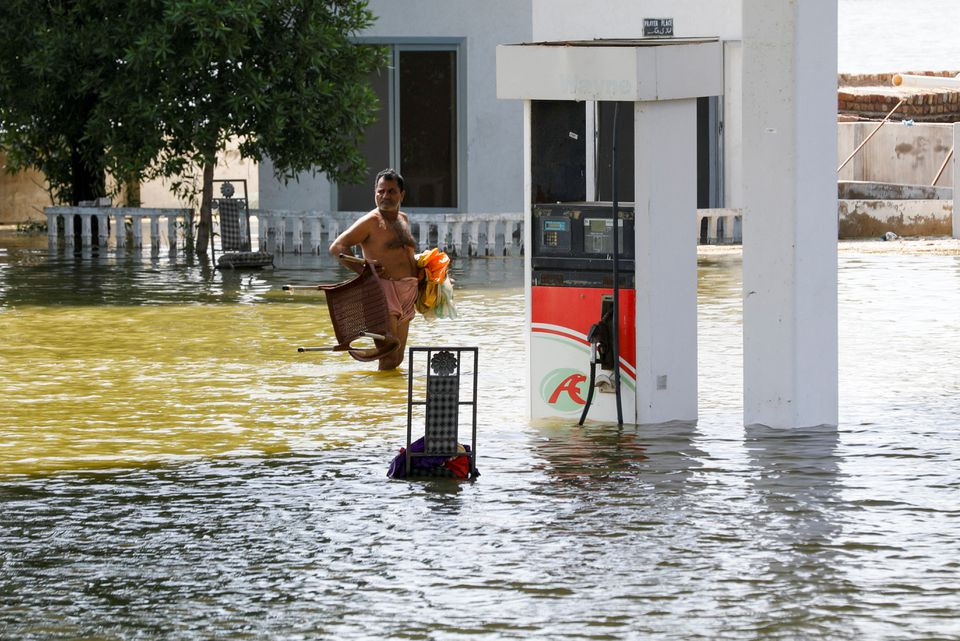 The United Nations has appealed for $160 million to help with what it has called an "unprecedented climate catastrophe". Britain on Thursday pledged $17 million in aid.

"We're on a high alert as water arriving downstream from northern flooding is expected to enter the province over the next few days," Sindh provincial government spokesman Murtaza Wahab told Reuters.

Sindh, with a population of 50 million, has been hardest hit, getting 466% more rain than the 30-year average. 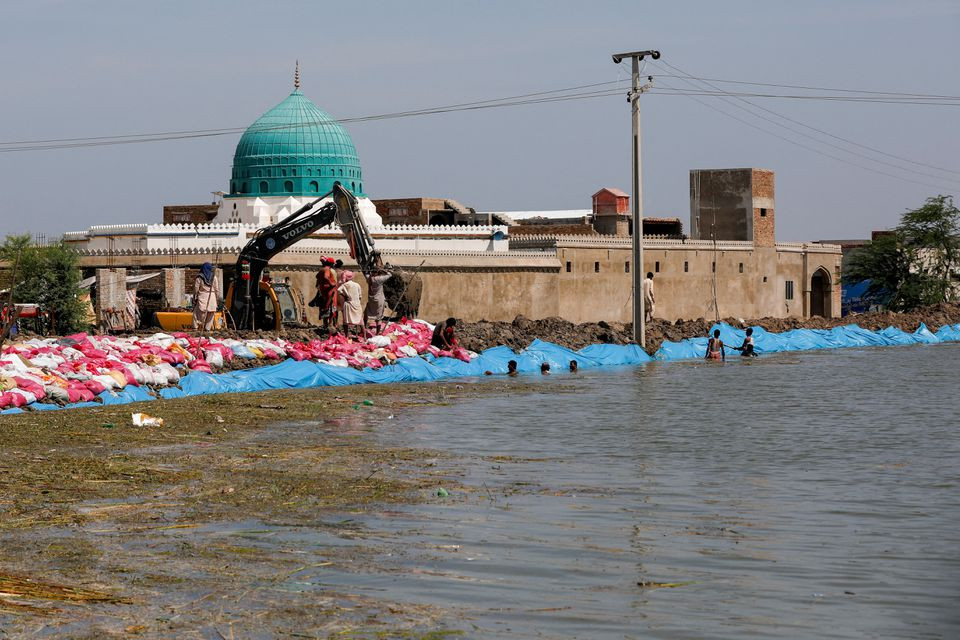 Some parts of the province look like an inland sea with only occasional patches of trees or raised roads breaking the surface of murky flood waters.

Hundreds of families have taken refuge on roads, the only dry land in sight for many. Villagers rushed to meet a Reuters news team passing along one road near the town of Dadu on Thursday, begging for food or other help.

Many are headed for urban centres, like Karachi, which has for now escaped the flooding.

"We lost our house to the rain and floods, we're going to Karachi to our relatives. No one has came to help us," said Allah Bakash, 50, leaving with his family and belongings loaded on a truck.

The floods have swept away homes, businesses, infrastructure and roads. Standing and stored crops have been destroyed and some two million acres (810,000 hectares) of farm land inundated. 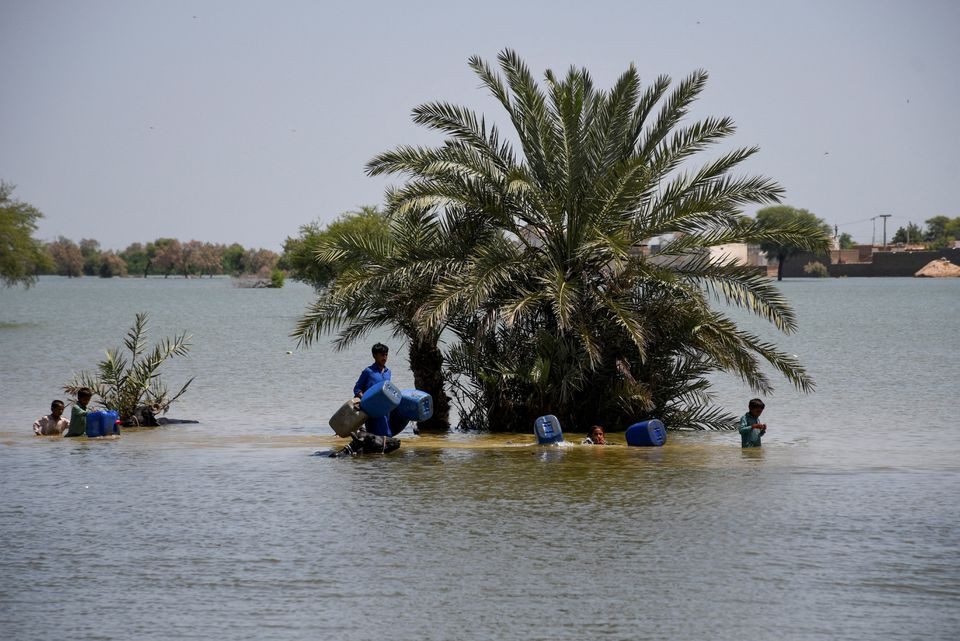 The government says 33 million people, or 15% of the 220 million population, have been affected.

The National Disaster Management Authority said some 480,030 people have been displaced and are being looked after in camps but even those not forced from their homes face peril.

"More than three million children are in need of humanitarian assistance and at increased risk of waterborne diseases, drowning and malnutrition due to the most severe flooding in Pakistan's recent history," the UN children's agency warned.

The World Health Organisation said that more than 6.4 million people were in dire need of humanitarian aid. 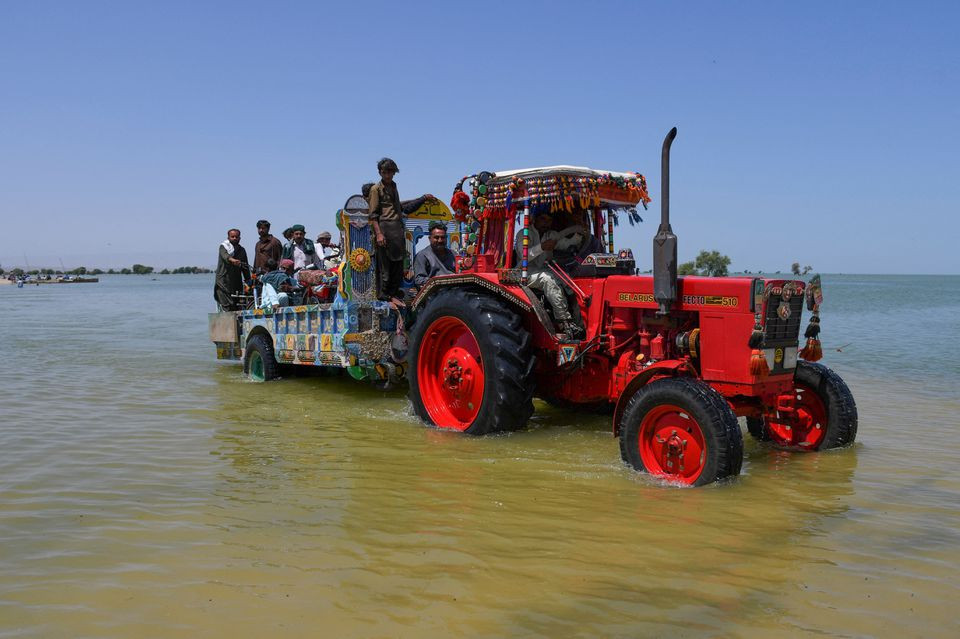 Aid has started to arrive on planes loaded with food, tents and medicines, mostly from China, Turkey and United Arab Emirates.

Aid agencies have asked the government to allow food imports from neighbouring India, across a largely closed border that has for decades been a front line of confrontation between the nuclear armed rivals.

The UK's foreign minister Liz Truss said on Thursday the country's £15 million ($17.35 million) donation would be used to provide water, sanitation, shelter and to protect women and girls.

Govt to provide relief to students from flood-hit regions