'75% consumers' to get relief in bills

The village of Karim Bakhsh in Sindh is almost entirely under muddy water after catastrophic monsoon rains -- hardly any stable buildings are left for shelter, the wheat silos are empty and venomous snakes are a constant threat.

But unlike the tens of thousands of people who have fled their flooded homes, villages and towns across the country, several families here have refused to leave.

Without formal property deeds, many residents are worried that if they take off opportunists will seize their land, where their families have lived for generations. 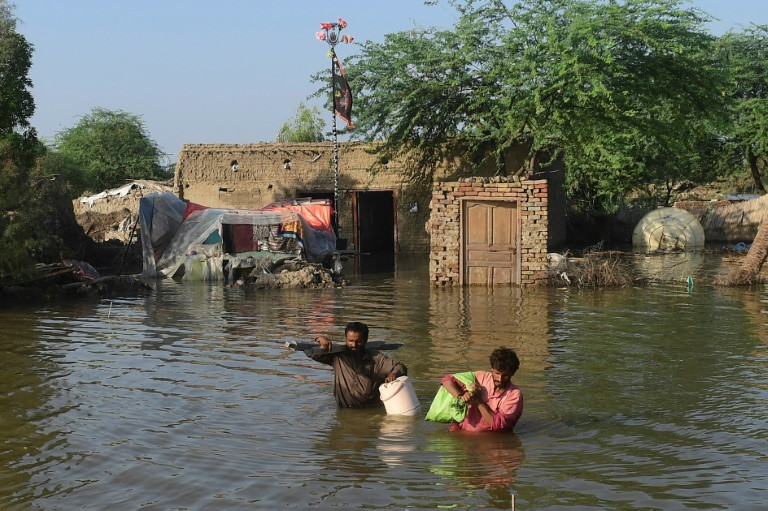 "We had ownership papers from the British colonial government," Intizar Ahmed, a 55-year-old farmer, told AFP on Wednesday while standing on an elevated patch of land near his mostly submerged homestead.

"But we lost them many years ago in a flood like this... (besides) we have no place to go."

Others said they worried about the fate of their livestock -- a resource far too valuable for poor villagers to leave behind. 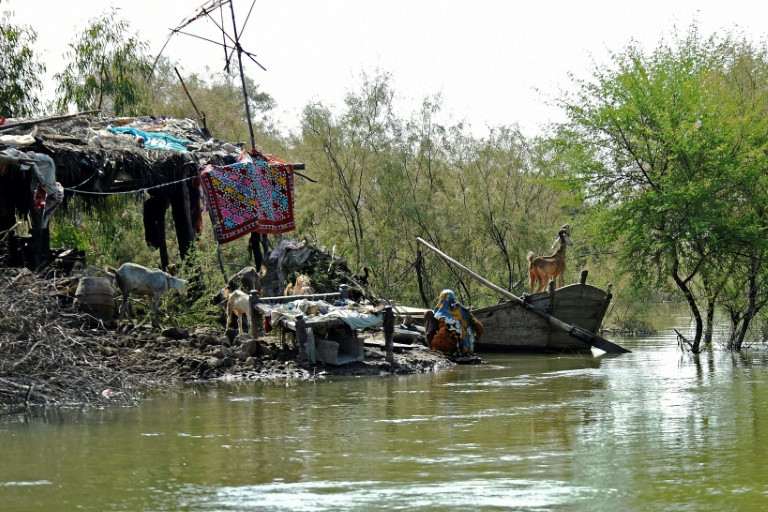 "We have buffaloes, cows and goats... if we leave the cattle behind they would be stolen," said Shah Mohammad, 35.

Mohammad and others were scrambling to find food not just for themselves, but for their animals too.

There was enough for the animals to eat for now, he said, but villagers have been struggling to replenish empty wheat bins.

Aid delivered by boat by charities is the only lifeline for those who can't or don't want to leave Karim Bakhsh.

The village has been besieged by murky floodwaters extending for more than a kilometre in some spots.

Villagers gathered on the few dry patches of land to wait for a boat operated by the Al-Khidmat Foundation as it puttered through the waist-deep water in the streets.

It was the first aid delivery in days.

The boat made multiple stops in the village so relief workers could hand out tents, food packages and other supplies. 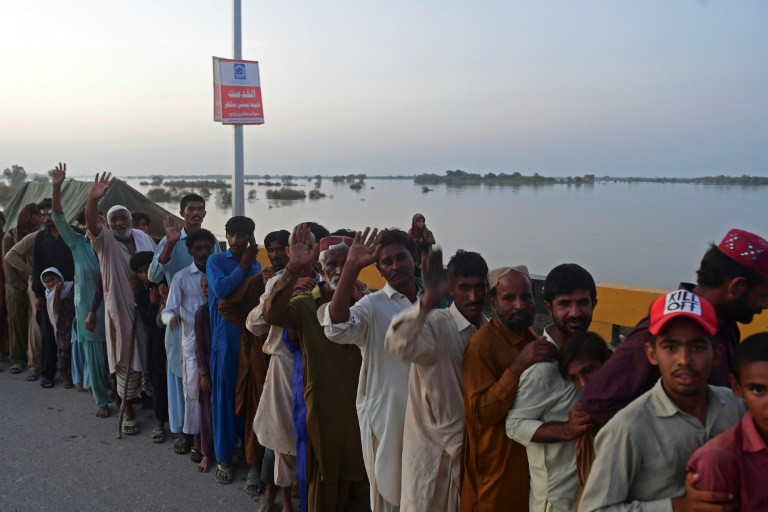 An aid worker said the charity had decided to make the deliveries after it found out that some families did not want to leave.

At every stop, there was evidence of the destruction wrought by the torrential rains and floods -- the worst in decades.

Most homes and structures were ruined, and villagers were desperate for any material that might help build temporary shelter from both the rain and -- when it came out -- the scorching sun.

"Our homes fell... We cut down the trees and used that wood to hold up whatever was left of our walls," said Gul Badshah, 70.

He connected a small lamp to a car battery, placing the setup on an earthen mound.

"We light it up in the night to guard against snakes," he told AFP.

"Sometimes, cobras and vipers sneak into our place."

Govt to provide relief to students from flood-hit regions