Winners for the top three awards at the festival, which ran from August 11 to August 20, automatically enter the Oscar race. It presented its top contenders with prizes on Saturday. According to The Wrap, Hallelujah won the Grand Prix for the festival’s best short, Sandstorm (Mulaqat) won for the best live-action short category and Scale won for animation.

“Mulaqat, directed by Seemab Gul, won at two Academy Award qualifying festivals HollyShorts and Flickers’ Rhode Island International Film Festival in August 2022 which coincidentally is also the month we celebrate the 75th Independence Day of Pakistan,” one of the film’s producers, Abid Aziz Merchant, announced in an Instagram post on Monday.

Sandstorm has been produced by Gul and Merchant in collaboration with Sanat Initiative and Instinct Productions. Starring Hamza Mushtaq, Parizae Fatima, Ayesha Shoaib Ahmed and Nabila Khan, it revolves around a teenage girl named Zara whose life upends after she shares a sensual dance video with her virtual boyfriend. The latter begins to blackmail her into meeting him in person. “Will Zara give in to this stranger’s increasing demands or will she set herself free?” questions the teaser.

“In 2009, Ghadeer Ahmed, an Egyptian teenager recorded a video of herself dancing in a short dress at her friend’s house, the kind of thing girls would do in private, behind closed doors,” noted a piece in The New Yorker in May. “She shared the video and some photographs with her boyfriend. Three years later, after they had broken up, he started sending her threats. If she didn’t get back together with him, he’d post the video and photos online. It was this story that inspired Seemab Gul, a filmmaker who grew up in Karachi, Pakistan, to make her short film Sandstorm,” the outlet went on to add.

Gul reflected in a conversation with the weekly magazine, “It dawned on me that when girls are growing up—when I was growing up—we didn’t have an idea of what is considered sexual in terms of our moves, our bodies, how to go about what can be public, what should remain private.” 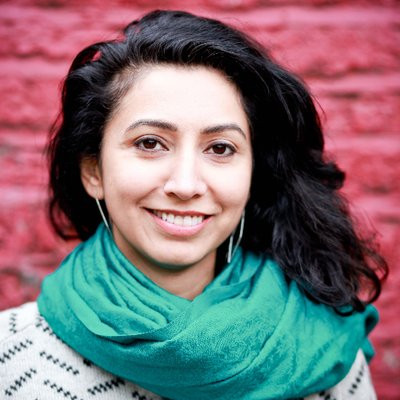 Sandstorm sees the main character, Zara, finding herself in a similar predicament as Ahmed’s. She grapples with questions of privacy and coercion while navigating romance in the digital age. The film opens with Zara in the midst of the dance that she would soon be blackmailed with.

It is a happy moment as her friend records her in the privacy of her bedroom. The camera captures the young girls exploring and becoming aware of their bodies. “Girls from good families don’t dance like that,” her friend quips. Later, Zara notices that a middle-aged man collecting laundry on a nearby rooftop is watching her. The moment captures in split seconds how women, even girls, are perceived by men who feel it is their birthright to objectify women. Zara’s exploration of her own body, even in her personal space, comes with its cons.

According to the publication, Gul’s visual style accentuates the tension the film is supposed to convey. Tight shots and small spaces keep the short “intimate” as the viewers witness Zara’s perception of herself in isolation. But even in her most private moments, her face is illuminated by the flash of her phone. The shots project subtly how she’s “constantly being perceived and consumed.”

Gul sees the kind of coercion and double standards around women’s sexuality projected in the film as a struggle faced by women around the world. Now based in the UK, the filmmaker takes into account the experiences of her friends there, as well as revenge-porn cases in Europe and those she came to learn about in Pakistan.

Her storytelling is permeated by cultural notes she’s familiar with, and she takes particular inspiration from Iranian art-house cinema, since Iranian storytelling resonated with her as a Pakistani. “We grew up on Bollywood films, and I think in India they like song and dance. Whereas we, culturally, in terms of literature and poetry, embrace tragedy,” she added. “I was careful in not demonizing the Pakistani Muslim man,” the filmmaker continued.

Zara’s troubles are happening in a specific cultural context, but they’re also part of a much larger phenomenon.

The short has made its way to several notable film festivals, including Sundance, Vaughan and Short Shorts. Ischia Film Festival included it in the Honourable Mentions category and described it as, “A portrait of a teenage girl who, in her naivety, is confronted with cultural stigmas and lack of freedom. Sandstorm is a powerful, elegant and well-acted film that succeeds in depicting how such longing often is caused by the balance between coercion and outright blackmail.”