Capacity of cardiac institute to be doubled

Proceedings of the high-profile Khadija torture case plunged into chaos onThursday as lawyers attacked and jeered at the prime accused Sheikh Danish as he entered the premises of the sessions court in Faisalabad.

Footage of lawyers attacking the businessman as the police try to protect from the onslaught went viral.

The prime suspect in the Faisalabad incident, Sheikh Danish Ali had a shoe tossed at him as enraged lawyers tried to beat him in court. Police blocked the lawyers and escorted the perpetrator who had abducted and abused a medical student-- from the premises.#etribune #news pic.twitter.com/nnL7WM5H2d

In the visuals, Danish is hauled into a police mobile before the vehicle darts away from sight.

Police personnel first shifted the accused to the court of Additional and Sessions Judge Shafaqat Ali with security beefed up before the proceedings began.

Meanwhile, the court approved a five-day physical remand of the main accused in the torture case, as the businessman was produced before the court.

Civil judge Ali Raza oversaw the proceedings where the investigation officer requested for a 14-day remand of the accused. However, the court approved a five-day physical remand and was handed over Danish to the police.

Danish's lawyer argued that Khadija and his client’s daughter Ana Sheikh could not have been a junior class fellow of the "victim" as there is a 12-year age difference between them.

He went on to argue that Danish could not ever fathom raping Khadija in the presence of his daughter which was being alleged in the police report by the complainant.

The lawyer of the accused said that apart from the DVR, the police confiscated mobile phones, cars and laptops so there is no reason to appeal for the physical remand.

He said that Khadija’s family concocted the entire story to blackmail his client.

Meanwhile, the plaintiff's lawyer argued that anyone who can humiliate a girl in front of his wife and daughter in the manner that Danish did could not be innocent.

Khadija’s lawyer said that no one was being blackmailed as her brothers were not in Pakistan since they reside in Australia and England.

He prayed the court that sections 365B and 452 were added by the police to the case filed against the accused which warrants a physical remand.

To this, the lawyer of the accused argued that these provisions had been applied to his client without his notice.

Faisalabad City Police Officer Omer Saeed told The Express Tribune that “sections 20-21 and 24 of PEKA’s Cybercrime Act were being applied on deleting of pictures and videos from Khadija's mobile phone against the prime accused”.

Saeed said that the Director FIA cybercrime wing has been informed and they are registering their case in this regard.

The police officer said that he had also written a letter to immigration authorities to put the name of on the ECL. The letter, penned by CPO Faisalabad and sent through IG Punjab to Additional Director General Immigration Wing and Federal Investigation Agency Islamabad, maintains that accused Ana is wanted in a case registered at Woman Police Station. Ana should be banned from going abroad, the letter requested.

An abduction, torture and sexual assault case was registered against 15 persons, including a woman, on the complaint of the final year dentistry student after footage of Khadija being tortured and humiliated by the prime accused went viral.

The harrowing footage sparked outrage with a special team formed to probe the incident.

The suspect then took the victim to another room where he subjected her to sexual assault and recorded the act.

She said the suspects also snatched their costly mobile phones, and extorted Rs500,000 and gold ornaments worth Rs450,000 from them.

The complainant said the suspects also demanded Rs1 million and threatened if the amount was not paid, they would upload the video clips on social media.

A video message from Khadija Mehmood in which she can be seen apologising to Danish has gone viral. The footage, however, is from before the incident took place. In the footage, Khadija says: “I am so sorry to Danish… all this politics and gossiping has caused this confusion and I am truly embarrassed.”

Netizens shared the footage claiming it took place after the incident and was proof that Khadija was looking for reconciliation and wanted to end criminal proceedings against the influential businessman.

The Best Export Factory, owned by the main accused, deleted its profile from Google. Thousands of messages were written on Google reviews by citizens, urging foreign nationals not to work with the firm. 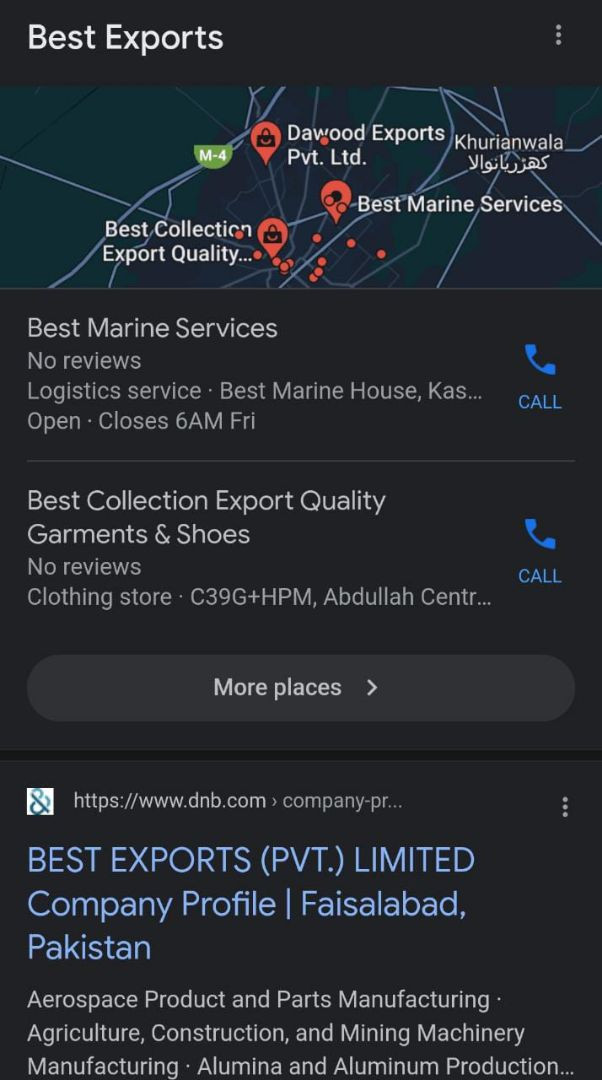