China warns US against creating 'bigger crisis' over Taiwan

A private security guard of a residence in the Gulistan-e-Jauhar area of Karachi violently beat a woman into unconsciousness. A video of this incident has gone viral on social media.

According to Express News, the security guard physically abused the woman at Noman Grand City in Gulistan-e-Jauhar Block 17 until she fell to the ground and passed out.

In the viral video, the private security guard can be seen talking to a woman. He seems to get angry and slaps the woman hard enough for her to fall to the ground. The guard proceeds to kick the woman’s face as she lays unconscious on the floor, while another security guard attempts to stop him but is not successful.

Union officials were also allegedly present at the main gate of the residential area at the time of the incident. Sources said that violence against people in the apartment building had become routine and residents fear the union officials.

According to sources, there are several apartments on the upper floor of the building that have been illegally occupied.

The police said the victim approached Shahrah-e-Faisal Police Station regarding the violence. She told officials that she was having a dispute with the union of the apartment building. However, she refused to file a case against the security guard.

Sindh Chief Minister Syed Murad Ali Shah took notice of the security guard's assault on the woman in Gulistan-e-Jauhar and questioned, “How dare the guard lift his hand at the woman?"

He has ordered immediate action and directed the additional IG Karachi to arrest the guard.

“No abuse of women, children and elderly will be tolerated,” stated the Sindh CM.

Later, the police on the directive of the Sindh CM arrested a guard identified as Daud and registered a first information report (FIR) against him on the complaint of the victim. 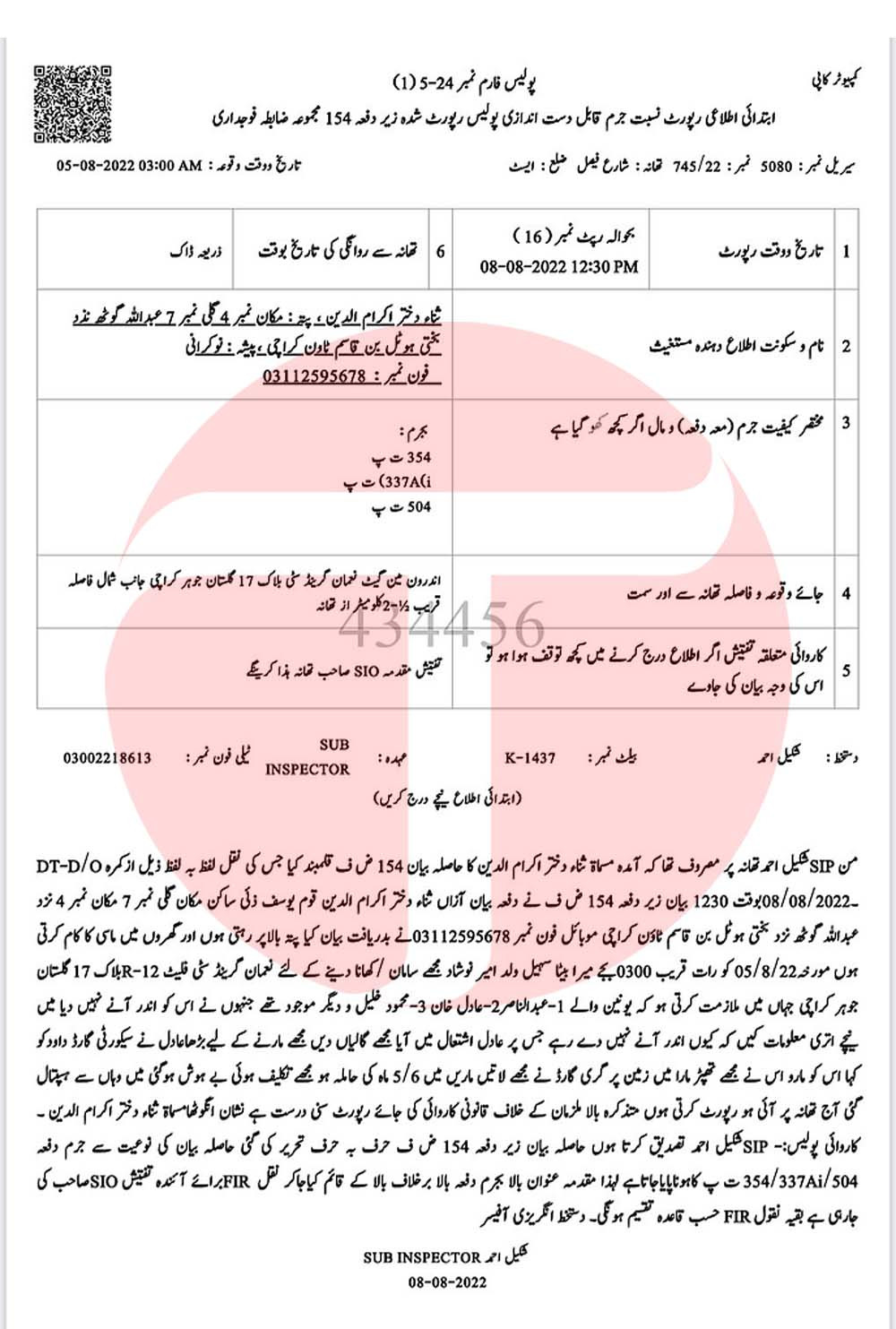