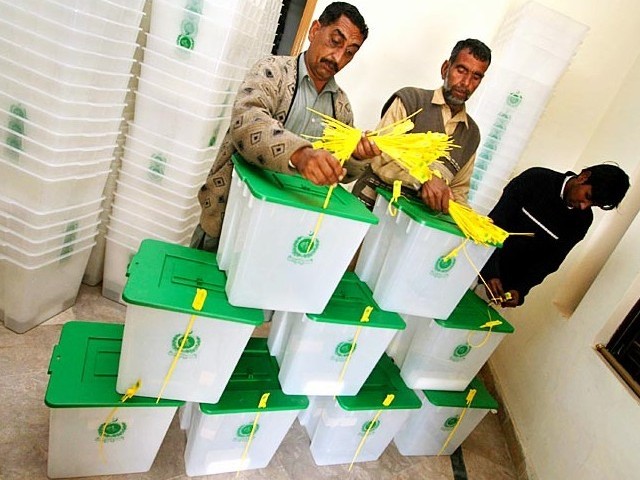 ISLAMABAD: The Balochistan government has requested the Election Commission of Pakistan (ECP) to quickly complete the voters’ lists so that the local bodies’ elections could be held in the province, a top bureaucrat told The Express Tribune on Sunday.

The request comes after the enactment of an amended local government ordinance by the provincial assembly.

Balochistan Chief Secretary Ahmad Bux Lehri said: “Legislation has been done…The ECP will be asked for provision of voters’ lists to (proceed on) the matter further.” He said that the provincial government had requested the ECP to be quick in this regard.

The provincial government, he said, had almost finished the identification process in local constituencies at the union council level.

The Balochistan provincial assembly enacted a legislation replacing the Local Government Ordinance of 2001.

Interestingly, Balochistan appears to be the only province which seems comfortable with the concept of the local government system: the three other provinces, because of the “non-serious attitudes of respective provincial governments”, have put the matter on the back burner since February last year.

In light of the 18th Amendment, provinces are responsible for holding local bodies’ elections.

LG system in other Provinces

As Balochistan enacted the legislation, there is no evidence whether Sindh, Punjab and Khyber-Pakhtunkhwa would endorse the 1979 Local Bodies Act or the 2001 Act introduced in the Musharraf regime.

When asked about progress in this regard, PML-N’s Senator Pervez Rashid said: “Law Minister Rana Sanaullah can give you details on the matter.”

ANP lawmaker Bushra Gohar from Khyber-Pakhtunkhwa said: “The bill [on local bodies] is ready.” However, she said that the matter should be confirmed with senior Provincial Minister Bashir Bilour or Law Minister Arshad Abdullah.

The Khyber-Pakhtunkhwa government put on hold the delimitation process for conducting next local bodies elections under a new law.

The local government elections will be held in Sindh as soon as the provincial assembly approves amendments in 1979 Act, an official told this correspondent.