In a first, pilgrims to travel to India by air as ‘religious tourism booms’

British annual inflation hits a 30-year high of 5.4 per cent in December as real wages fall

Many of those using foodbanks have never sought help before to feed themselves and their families. PHOTO: AFP
UK/ COLCHESTER:

Nestled amid superstores at a retail park, the Colchester Foodbank in eastern England last year gave out a total of 165 tonnes of food — enough to feed 17,000 people.

But that could be surpassed this year, as British annual inflation hits a 30-year high of 5.4 per cent in December, as real wages fall, and food and energy costs rise. 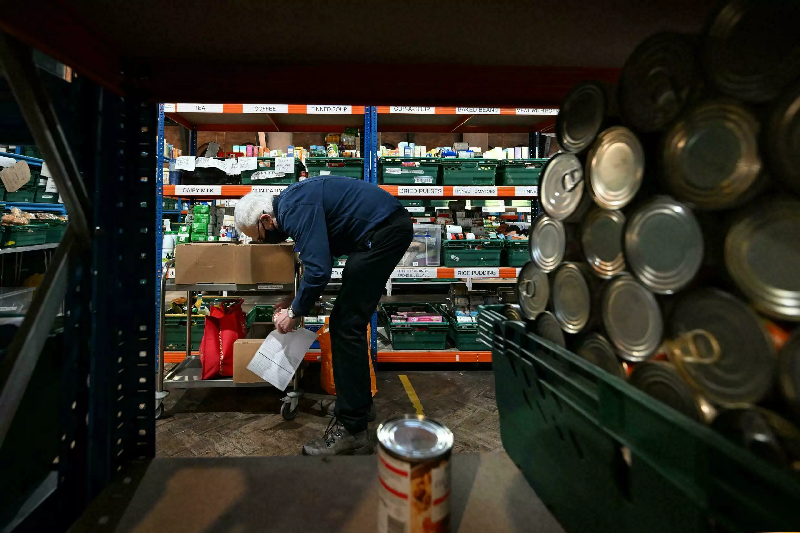 "That is certainly a bit of a nightmare. Our worst case scenario is maybe 30,000 people."

About 95 per cent of the produce at the foodbank, run by the Trussell Trust charity, comes from members of the public donating at collection points at local supermarkets.

But the current economic climate has forced many who wouldn't normally need food parcels to seek assistance.

"I normally put something in the foodbank trolley but now it's my turn to have some help," said Heidi, 45, who said she was struggling with price rises on "just everything".

Like many in Britain, this winter she will have to make the tough choice between "heating or eating".

The Trust says the number of people receiving three days worth of emergency food from its centres across Britain has risen from some 26,000 in 2009 to over 2.5 million in 2021.

British food writer and anti-poverty campaigner Jack Monroe noted after the latest inflation rise this week that the actual cost of many food staples has gone up by much more.

Woke up this morning to the radio talking about the cost of living rising a further 5%. It infuriates me the index that they use for this calculation, which grossly underestimates the real cost of inflation as it happens to people with the least. Allow me to briefly explain.

"That's a 344 per cent price increase as it hits the poorest and most vulnerable households," she wrote in a viral Twitter thread read by millions.

"The system by which we measure the impact of inflation is fundamentally flawed — it completely ignores the reality and the REAL price rises for people on minimum wages, zero hour contracts, food bank clients, and millions more."

Manager Beckett agrees that "however you measure inflation doesn't really account for the cheap food going up, and it's going up by hundreds of per cent".

Low-income families are under extra pressure after the government returned welfare benefit payments to pre-pandemic levels, having increased them temporarily during lockdowns.

"People come and report that it's taken them 20 minutes or an hour in their car to get up the courage to come in," he said.

"They didn't think they'd ever need to, they don't want to use the food bank, but they don't have a choice because they love their kids.

"The question is, when things are cold, people have to choose between eating or heating."

In a report published this month, the Joseph Rowntree Foundation noted that "for children, severe food insecurity has been linked to chronic health conditions like asthma and depression".

A poor diet "will impede a child's physical, cognitive and emotional development. Adults in food-insecure households have higher rate of developing chronic diseases such as arthritis, asthma, diabetes and mental health issues," said the report on UK poverty in 2022. 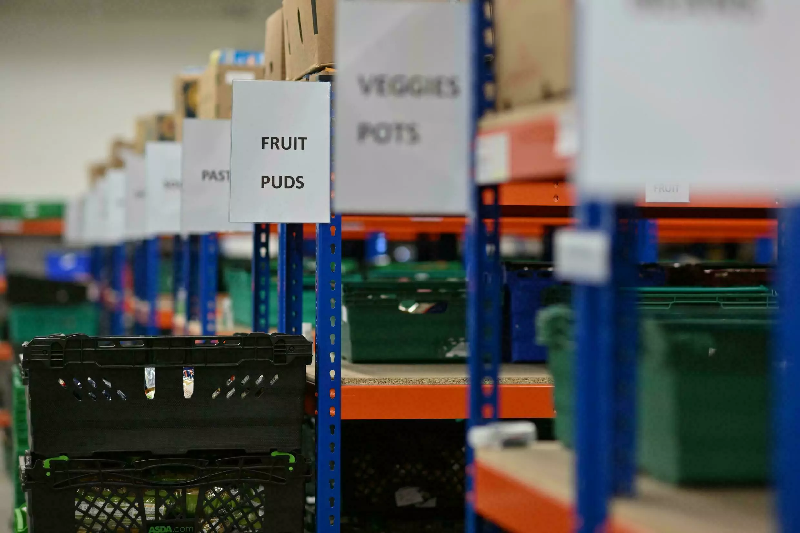 The anti-poverty charity noted "key design features of the social security system that directly lead to higher food insecurity and have contributed to the rise in food bank use”.

They include having to wait a minimum of five weeks before getting initial benefit payments such as Universal Credit.

Others point to the fact that child benefits are capped at two children.

The cost of living in Britain is forecast to soar even higher in April owing to a tax hike and further planned increases of around 50 per cent to domestic energy bills.

More painful tax increases are expected to foot the vast bill for Covid.

As a result, even more households across Britain will face fuel poverty, spending more than 10 per cent of their total income on fuel.

"There's a lot of people in this situation who have never been in it before," says foodbank client Heidi.

"Everyone should put something in (at collection points). Because you never know when you're going to be in this situation. And I certainly didn't think I'd be in it."

MPs to get Rs90b amid economic morass

"No other nation could have done what we did that night to avoid a horrible outcome," Pompeo wrote

PTI knocks on LHC's door for Punjab election within 90 days

PM Shehbaz hopeful IMF agreement will be signed this month

NA session put off from 27th till 31st

Fawad to be presented before court today

How long can Pakistan survive on a swamp?

Rising to the occasion

Pushbacks and European standards of humanity