Students and staff made to operate under its crumbling edifice

It has recently come to light that the Government Degree Girls College building located on Shahrah-e-Liaquat in Karachi has become a safety risk for all teachers, students and staff made to operate under its crumbling edifice.

The building, that overlooks the department of college education’s chief secretary’s office on one side and the office of Sindh’s director-general colleges on the other, is said to be deprived of all academic facilities including classrooms. While the college’s female students are made to conduct their lab work in open corridors, in the absence of dedicated practical labs. 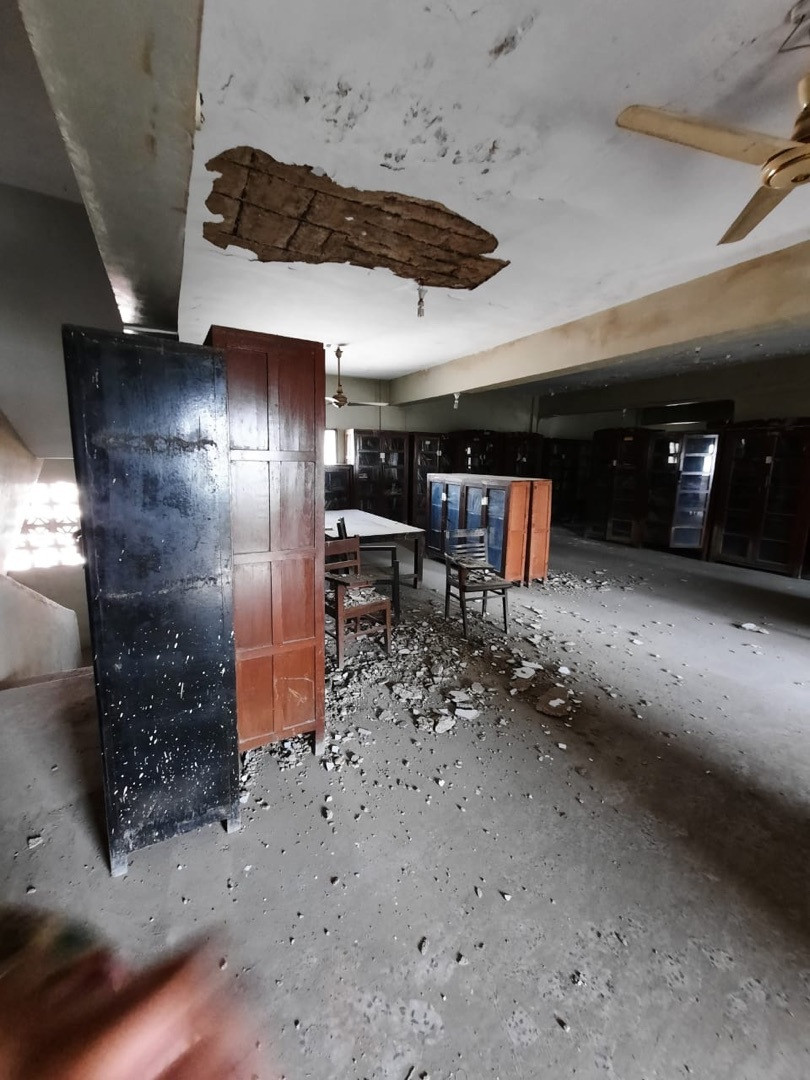 The reason for this is said to be the closure of one part of the college building and the dilapidated condition of the other, owing to which acquiring college education has become a gamble on health and safety for the many female students admitted in the institution.

“The plaster on the roofs of offices, laboratories, and classrooms in one block of the building has entirely chipped off and fallen, making it hazardous to continue conducting classes there. So the labs had to be relocated to the corridors, but the building is still unsafe and everyone here is at risk,” informed a teacher associated with the government degree college, on conditions of anonymity.

Speaking further, she disclosed that two other blocks of the college building have also been sealed off on grounds of technical reasons. One of them, the source said, was constructed on a drain, while the other was built on encroached service road space. 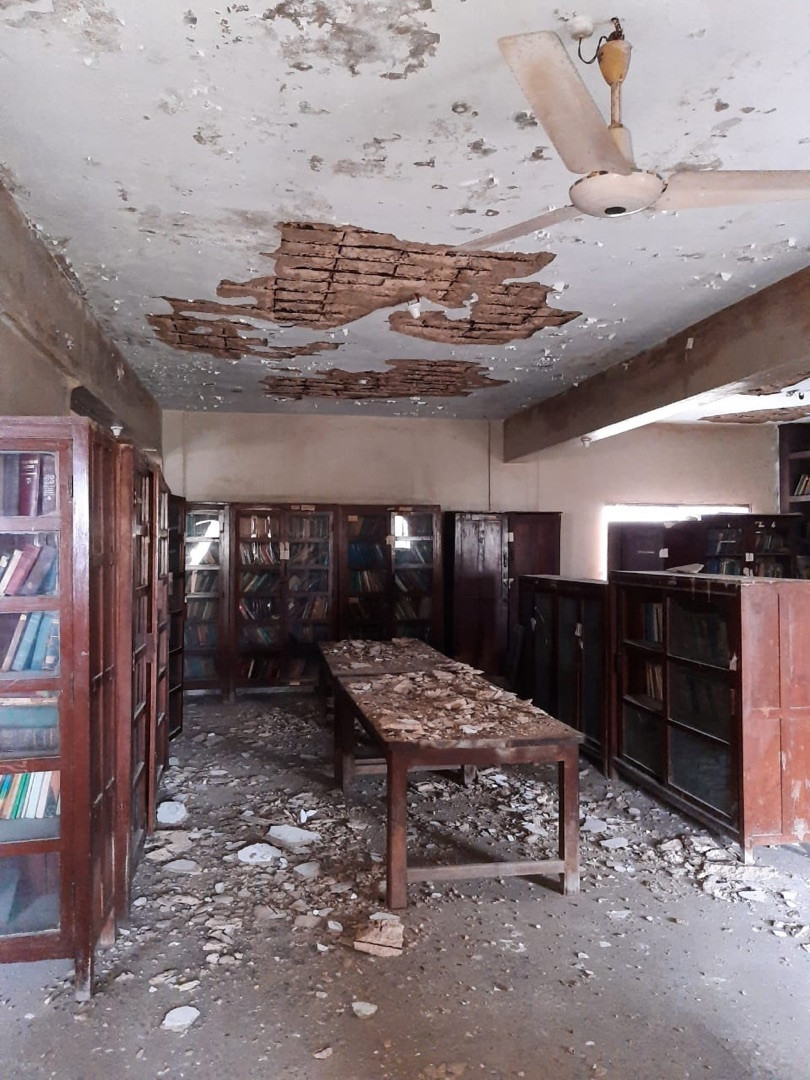 It should be noted that the building adjacent to the operational section of the Government Degree Girls College, is where the offices of the Sindh Director General Colleges and the Regional Directorate are located. These public-funded offices despite being housed on college property, have access to all facilities and amenities that the college itself is deprived of.

When the matter was brought before College Principal Azra Khalil for questioning, she said that initially they had been allowed to work on the upper part of the building that is erected on a drainage road, but were later asked to vacate the premises and forbidden from using the block by the Works and Services Department on grounds of safety hazard. “Therefore, this building has since been closed. There were 12 labs that had to be moved to the old building, but the building was so dilapidated that the labs had to be shifted from there to its corridors,” Khalil explained.

When enquired about the student-teacher ratio at the college, Principal Azra Khalil said that there are 110 sanctioned posts of teachers, but there are only 51 teachers available on duty. This presents a severe dearth of teachers at the institution, considering that it has amassed a student body of more 6,500 pupils.

It is significant to note here that the Central Admissions Committee, which was formed by ignoring the most senior government college principals in the city, was responsible for making the admission policy that admitted thousands of first-year students this term. 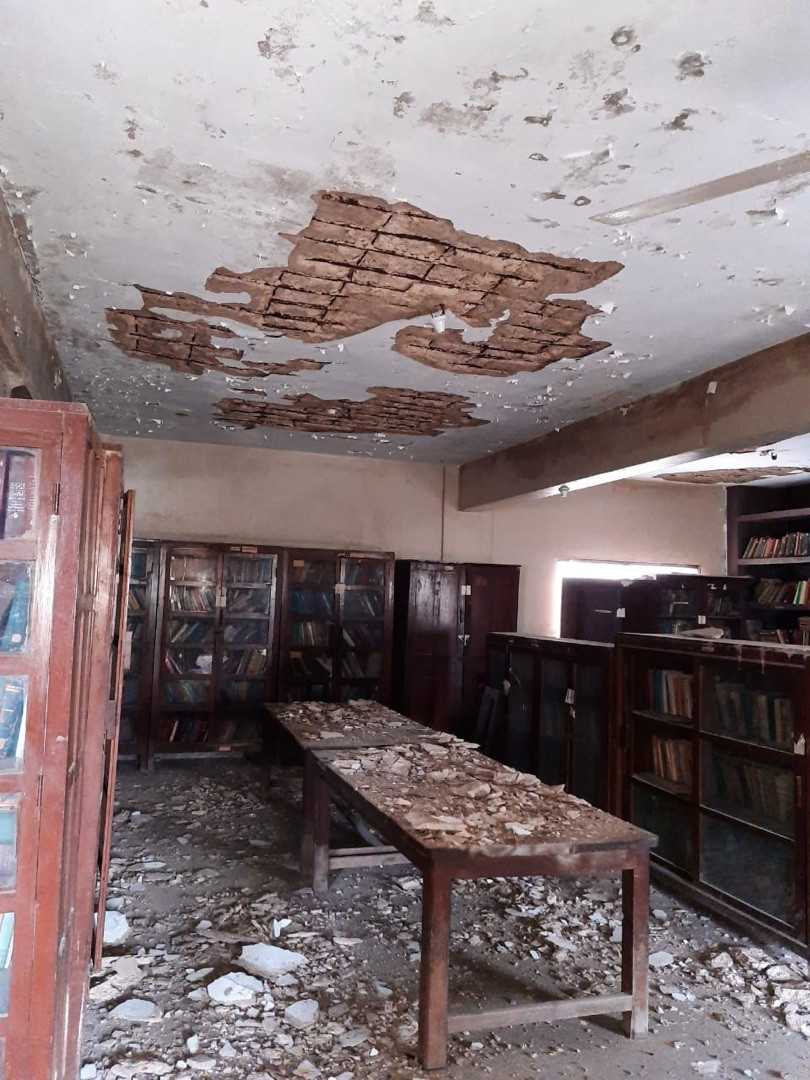 For this, merit was reduced by lowering the cut-off marks to exponentially increase the enrollment count, without doing anything to improve the college’s infrastructure or adding any facilities to accommodate the incoming students.

Speaking in regard, the principal revealed that despite an enrollment count of more than 6,500 students, the college only has access to only two bathrooms for all its female pupils. This has created severe hygiene, sanitation and health concerns at the facility, in addition to creating added stress for menstruators.