Explainer: Should everyone get a Covid booster?

'We thought he had Covid but it was smog': Life in polluted Lahore

An aerial shot shows people commute along a street amid heavy smoggy conditions in Lahore on Thursday. PHOTO: AFP
LAHORE:

Red-eyed residents cough, everything smells of smoke, and cars shine their headlights in the middle of the day. Smog has again blanketed Lahore, and its citizens are becoming desperate.

The megacity of nearly 11 million people near the border with India was once the ancient capital of the Mughal Empire and remains Pakistan's cultural epicentre.

But now it regularly ranks among the worst cities in the world for air pollution -- a mixture of low-grade diesel fumes, smoke from seasonal crop burn off, and colder winter temperatures coalescing into stagnant clouds. 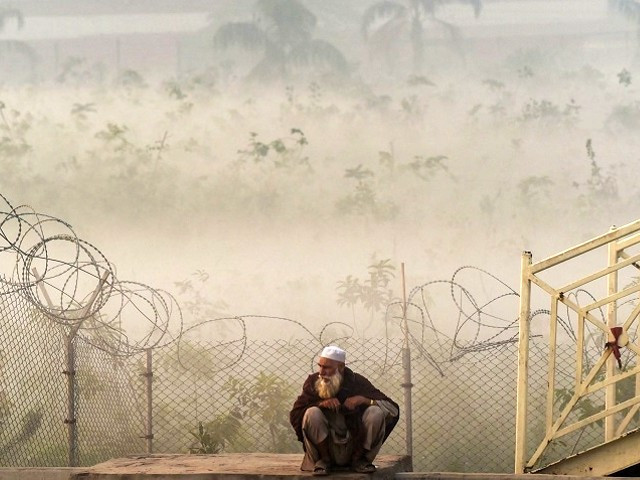 Syed Hasnain is visibly exhausted as he waits on his four-year-old son who has been admitted at the city's Mayo Hospital.

"He was coughing and not able to breathe properly and had a high temperature. We thought maybe it is coronavirus so we brought him to the hospital. But the doctors told us he has developed pneumonia because of the smog," Hasnain tells AFP.

"It's very worrisome," he admits. "I knew that the smog can be bad for health -- but I didn't know it would be so bad that my son would be hospitalised." 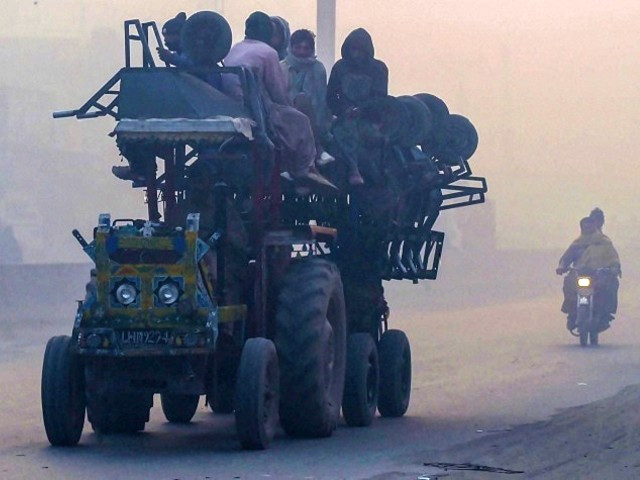 Teachers also worry for the children.

"The pollution is a problem even inside class. We see children with red eyes and irritation, others continually cough," Nadia Sarwar, a government school teacher, tells AFP.

One child, who has asthma, has had to stay home for several days because he kept suffering attacks, she says. 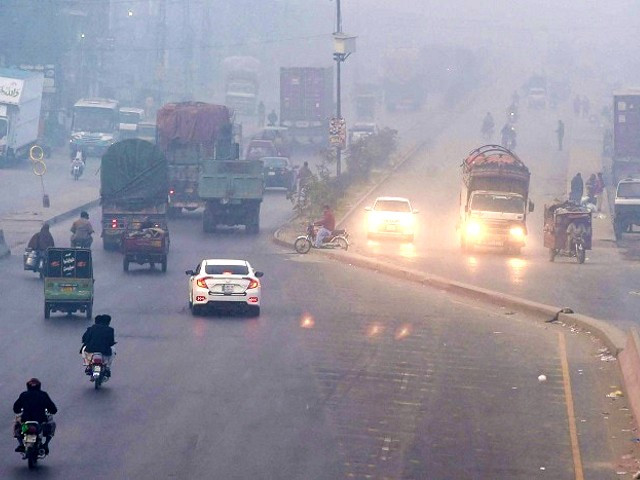 Across the border, Delhi has closed schools until the end of the month because of its pollution woes.

But Sarwar says it would be difficult to do the same in Lahore.

The children have already missed so much thanks to the coronavirus pandemic, and to shut schools down now would be making them "pay for a problem they didn't create."

"I feel bad for them," she said. "In the summers it is too hot here for outdoor activities. And in the winters there is pollution and dengue now. What can a child do? Where can he go?"

Adults are also struggling. Rana Bibi, a 39-year-old mother of three who works as a cleaner, uses her dupatta (shawl) as a face mask while waiting for a rickshaw to take her home. 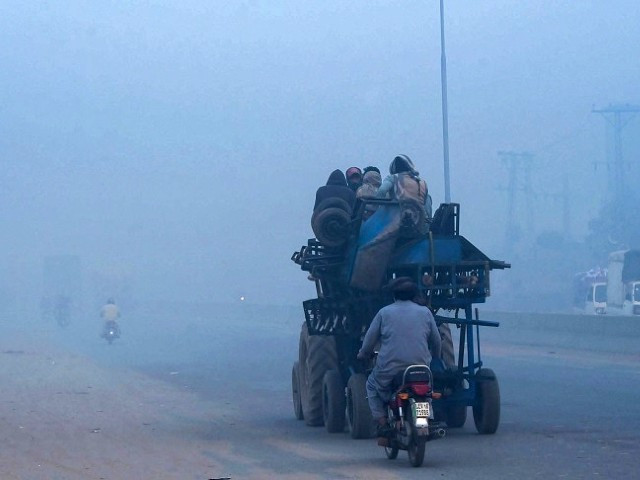 "The smoke hurts my eyes and throat. That's why I have covered my face this way. First they made us do it for corona(virus), but now I am doing it myself," she says.

"When I reach home I am always smelling of smoke; my clothes, my hair, and my hands are dirty. But what can one do? I can't sit at home. I got used to it."

Some of the homes she cleans "have these machines that clean the air. I don't know. That's what they tell me. But there is smoke everywhere here."

In recent years residents have built homemade air purifiers and filed lawsuits against government officials in desperate bids to clean the air.

But authorities have been slow to act, blaming the smog on India or claiming the figures are exaggerated.

"Every year we read in the news that Lahore is the most polluted city or that it had the worst smog in the world. Nothing happens. Nobody cares," says Saira Aslam, who works in the HR department of a tech company.

The 27-year-old is angry: "The government got away with it last year because we were all sitting at home anyway due to the lockdown. But they can't keep acting like nothing is wrong," she says.

"I have elderly people at home who are literally at risk because of the smog. It's a health hazard and needs to be treated like one."

Lahore gasps for air once again