Free Fire has revolutionised the digital gaming scene in Pakistan. After gaining recognition as one of the most downloaded battle royal game in the world, boasting over a billion downloads on the Google Play Store, the gaming giant is all set to help game enthusiasts build a career in esports. The company rolls out exclusive campaigns regularly to promote esports and support youngsters looking to streamline success in this arena.

Recently, they launched an innovative, nationwide campaign, 'We are Free Fire Survivors' with a variety of games available daily apart from their Free Fire Tournament, including Sharp Shooter, Emote Battle, and more. The best part was that participants from every age group had a chance to blow off steam and participate in the campaign, which received an overwhelming response with multiple events that started from Karachi and moved on to Peshawar, and then Rawalpindi. The campaign witnessed a fabulous end in Lahore.

Lahori's exhibited utmost excitement while enjoying this one-of-a-kind event that took place in Lahore for the very first time and the audience seemed absolutely homelike and delightful. The participants took part in different activities like Emote Battle, Sharp Shooter, Free Fire Stories, Run to Win etc. It was incredible to watch the exciting reactions of Lahoris on the @freefirepkofficial.

The contestants of each tournament were rewarded with countless prizes, including JBL speakers, iPads, gamepads, wireless earphones, and much more. Soul Breakerz were declared the tournament winners of the event held in Karachi, whereas Team PS, Yoto Off, and Devil Dragons won the tournaments in Peshawar, Lahore, and Rawalpindi, respectively. 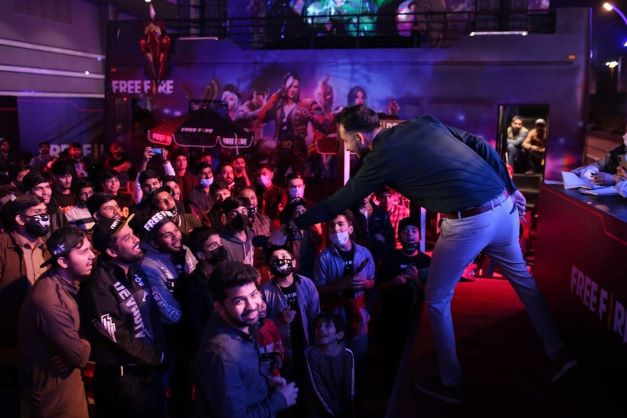 The support and appreciation that Free Fire received during the Pakistani Bus Tour and these tournaments in November is tremendous! Live gaming on a battlefield increased the excitement among gamers, resulting in a wild crowd.