The three-match one-day series between Pakistan and Afghanistan was cancelled over logistical problems and a Covid-19 outbreak in Sri Lanka. PHOTO: REUTERS/FILE

A teacher working at a private school in India's Rajasthan state was terminated from her job after she expressed her joy online over Pakistan's historic win against India in the ICC T-20 World Cup match on Sunday.

Nafeesa Attari, who taught at the school in Udaipur city, had posted a status on her WhatsApp, celebrating the Green Shirts' victory, India Today reported.

The status comprised pictures of Pakistani players alongside a caption "We wonnn". 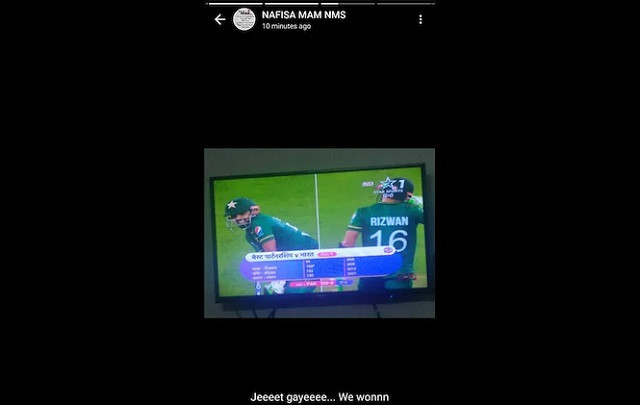 A screengrab of the WhatsApp status that cost Nafeesa Attari her job.

When asked by one of the parents of the children, whom she taught, whether she supported Pakistan, she responded saying, "Yes".

Once the screenshots of the aforementioned status went viral, the school management terminated Attari from her job. 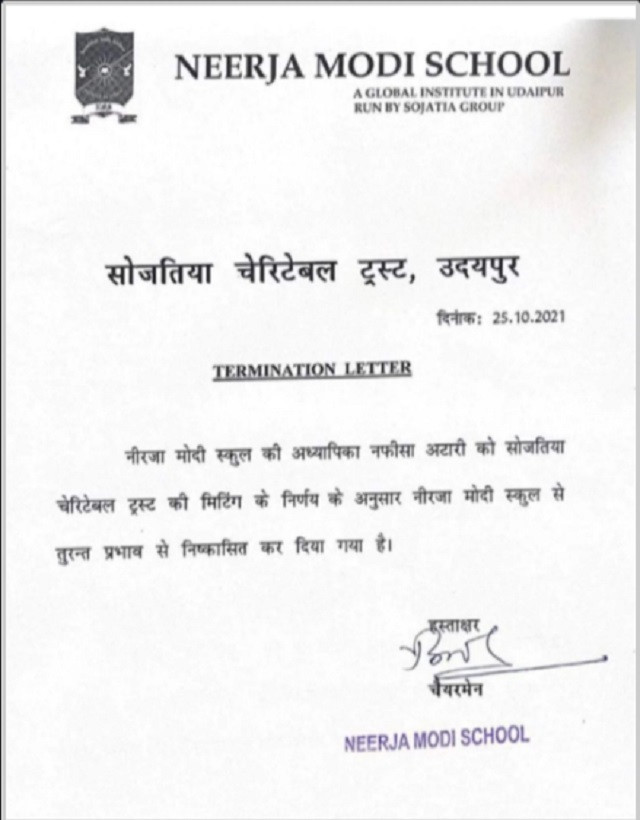 A screenshot of the termination letter sent to the teacher

The incidents occurred at Bhai Gurdas Institute of Engineering and Technology in Sangrur district and Rayat Bahrat University in Kharar, Mohali, in Punjab.

Pakistan put up an unbeatable show against the archrival, securing a 10-wicket victory over the country's top-ranked squad in the ongoing T-20 World Cup, one of the seven emirates that make up the United Arab Emirates (UAE).

Skipper Babar Azam and Mohammad Rizwan cruised the run-chase without any hassle after they restricted archrivals to 151/7.