A picture perfect day to break the jinx

India actor Shah Rukh Khan was seen in his latest Diwali ad for a chocolate company dressed in an outfit by Pakistani designer Faraz Manan. The designer is no stranger to clients across the border, having dressed Bollywood actors such as Kareena Kapoor Khan and Priyanka Chopra in the past.

SRK wears a cream-coloured kurta-pajama combo, paired with a matching embellished sherwani. The ad aims to promote local small businesses ahead of the festivities in India. 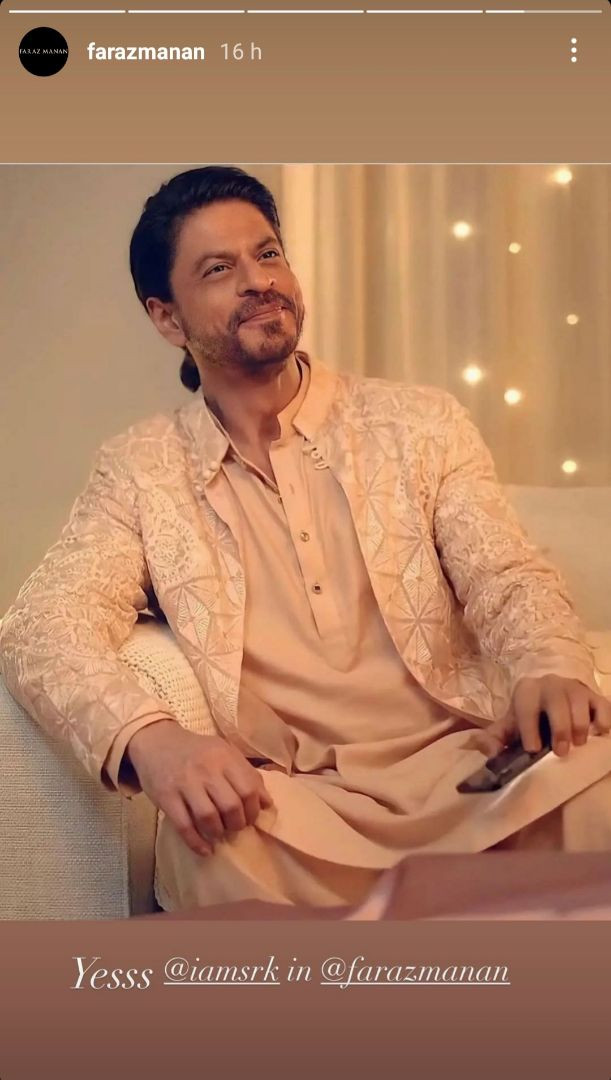 Manan shared a picture of the My Name is Khan actor from the campaign on his story, confirming that the outfit is his creation. “Yess. SRK in Faraz Manan,” wrote the designer.

The fashion maestro has also dressed Jaqueline Fernandez and the late Sridevi. Serving as Manan's brand ambassador, Kareena Kapoor Khan has helped him become a household name in Bollywood.

On how he managed to cross over into India, the designer shared in a 2018 interview with Elle, "I actually started working with Karisma Kapoor a few years ago. After a while, I naturally started working with Kareena," He continued, "Kareena and I bond over our traditions, family values and love for food. I recall when we did our very first shoot together in Jaipur, we were both scheduled to leave for home the very next day. Just before boarding, we both realised that we wanted to stay back for another day, relax and indulge in Rajasthani food. So we did. And that’s how we became friends."

On the similarities between India and Pakistan, Manan explained, "Both countries are very similar culturally, but the unique point about the women in Pakistan is their classic, conservative approach, whereas in India, the audience is more experimental, and bold in their use of colour and cuts."