Oil prices scale $85 per barrel on back of supply deficit

David Amess, 69, was treated by emergency services but died at the scene, say police

A British lawmaker in Prime Minister Boris Johnson’s Conservative Party was stabbed to death on Friday in a church by a man who walked into a meeting with voters from his electoral district.

David Amess, 69, who represents Southend West in Essex, eastern England, was stabbed at around midday at a meeting at the Belfairs Methodist Church in Leigh-on-Sea.

Armed police swooped in on the church and said a man had been arrested. Police said they were not looking for anyone else in connection with the incident.

“He (Amess) was treated by emergency services but, sadly, died at the scene,” police said.

“A 25-year-old man was quickly arrested after officers arrived at the scene on suspicion of murder and a knife was recovered.” 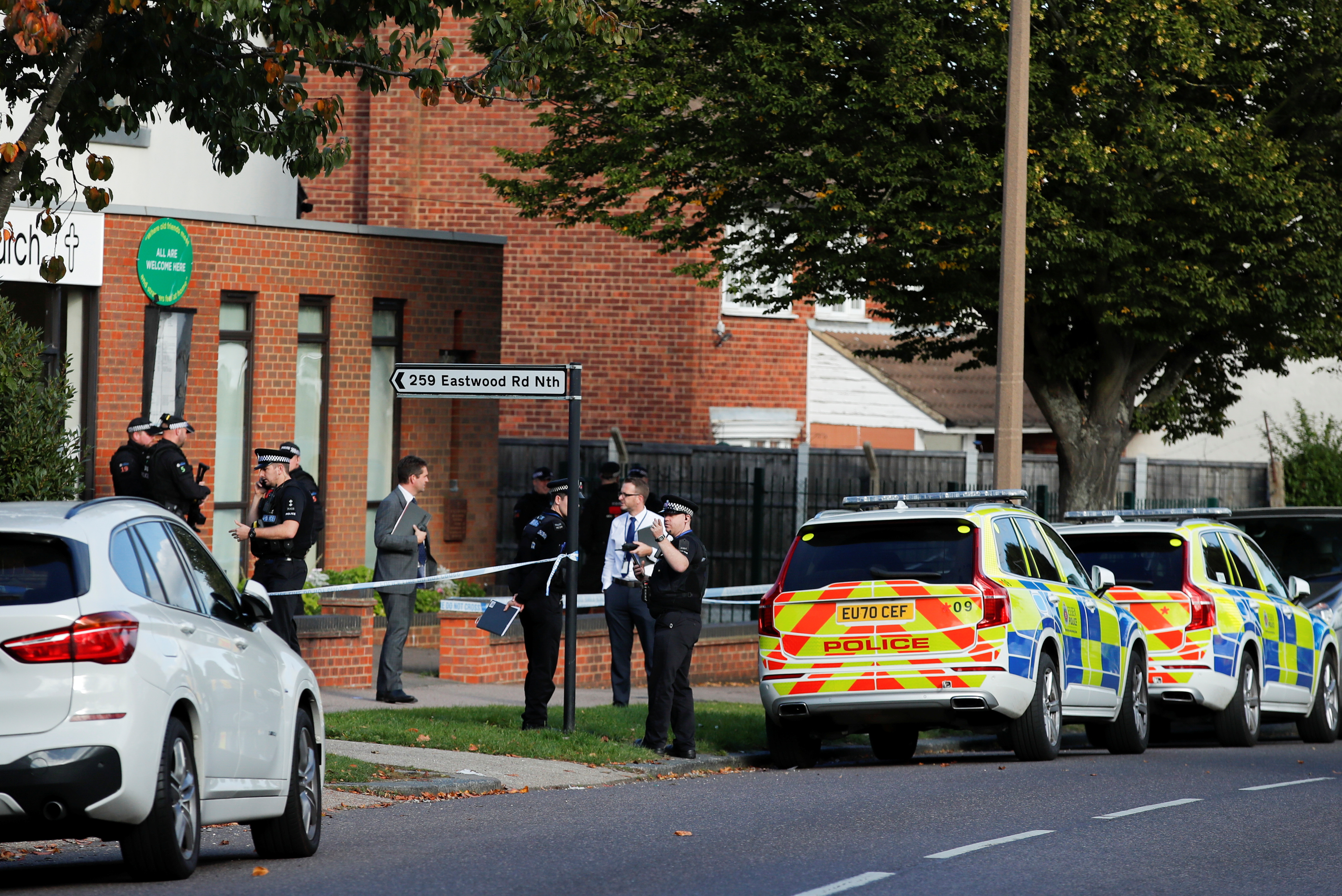 Police are seen at the scene where MP David Amess was stabbed during constituency surgery, in Leigh-on-Sea, Britain October 15, 2021. PHOTO: REUTERS

Amess was first elected to parliament to represent Basildon in 1983, and then stood for election in Southend West in 1997.

His website lists his main interests are "animal welfare and pro-life issues".

Transport Secretary Grant Shapps called Amess "a dedicated, thoughtful man and a true Parliamentarian, who lost his life while serving the constituents who he worked relentlessly for throughout his career".

Awful, tragic news about David. A dedicated, thoughtful man and a true Parliamentarian, who lost his life while serving the constituents who he worked relentlessly for throughout his career.

My thoughts are with his family and friends at this time.

Amess is the latest British MPs to have been attacked at his weekly constituency "surgery" with voters, which are typically held on Fridays when parliament is not sitting.

Pro-EU lawmaker Labour MP Jo Cox was murdered by a far-right extremist in 2016 in the run-up to the Brexit referendum.

The Jo Cox Foundation, which was set up in her memory, tweeted that it was "horrified to hear the news of the attack" on Amess.

"We are thinking of him, his family and loved ones at this distressing time," it added.

The Jo Cox Foundation is horrified to hear the news of the attack on Sir David Amess MP. We are thinking of him, his family and loved ones at this distressing time.

Cox's widower Brendan described the stabbing of Amess was "as cowardly as it gets".

"Attacking our elected representatives is an attack on democracy itself. There is no excuse, no justification."

Another Labour MP, Stephen Timms, was stabbed multiple times during an event in 2010, but recovered from "potentially life-threatening injuries" and is still an MP.

Timms said he was "appalled" at the latest attack.

In January 2000, Liberal Democrat MP Nigel Jones was injured and his assistant killed by a man wielding a ceremonial sword at a constituency surgery in Cheltenham, western England.

"When you're not in your office, and you're in a public place... that means essentially, that the levels of security that sometimes you're advised to take can't be taken," he tweeted.

Shocked to hear my long time good friend/colleague has died as a result of a desperate attack in his surgery doing what all MPs have a duty to do: looking out for their constituents often as a last hope when all else has failed. My prayers go out to his family
RIP #SirDavidAmess pic.twitter.com/pJzWZ4qaln

Amess, a lawmaker since 1983, had advertised his upcoming surgery at the Belfairs Methodist Church in the small town of Leigh-on-Sea.

Paul Gardiner, 41, a barber at One Barbers Leigh-On-Sea, told AFP that "armed police and an ambulance" were on the scene.

"There's a couple of choppers around the place," he said.

There was no immediate comment from Johnson, who was leading an away-day for senior ministers in the west of England.

"He was hugely kind and good. An enormous animal lover and a true gent. This is so completely unjust. Thoughts are with his wife and their children."

David Cameron, one of his Tory predecessors in Downing Street, said: "Very alarming and worrying news reports coming from Leigh-on-Sea.

"My thoughts and prayers are with Sir David Amess and his family."

This is the most devastating, horrific & tragic news. David Amess was a kind & thoroughly decent man - & he was the most committed MP you could ever hope to meet. Words cannot adequately express the horror of what has happened today. Right now, my heart goes out to David’s family

An eye-witness, identified only as Anthony, told radio station LBC that the scene was "completely and utterly swamped by police, ambulance, armed police.

"I saw someone get taken out the building, put into the back of a police car. Apparently he was stabbed quite a few times."